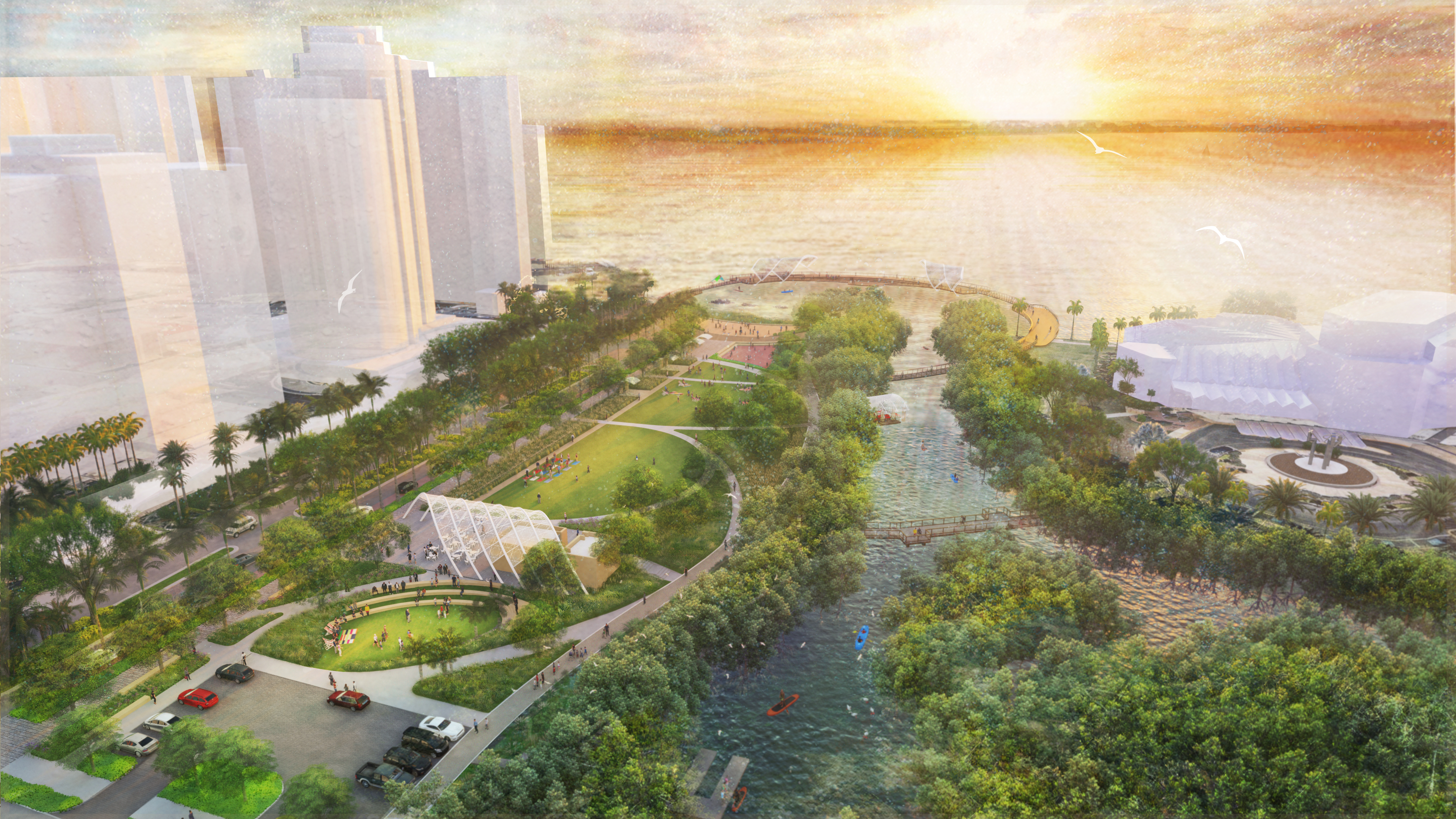 SARASOTA, Fla. (Oct. 10, 2019) – Private donors have invested $5 million into Phase 1 of The Bay’s master plan, triggering the first of three potential $1 million gifts from The Patterson Foundation. Combined with a previous $2 million gift from The Patterson Foundation, this marks a total of $8 million raised toward the master plan for The Bay, the community’s multi-year journey to transform 53 acres of Sarasota’s bayfront into a public park that is free, open and welcoming to our diverse region.

“In a matter of months, other donors have collectively contributed $5 million toward this legacy endeavor for our community,” said Debra Jacobs, president and CEO of The Patterson Foundation. “The Bay’s commitment to engage the community throughout this process aligns with The Patterson Foundation’s emphasis on addressing shared aspirations, and the foundation is proud to be a part of the journey.”

Phase 1 will bring the first round of enhancements to the space and result in the creation of a 10-acre community park stretching from U.S. 41 to the bayfront along Boulevard of the Arts. The Sarasota City Commission unanimously approved the implementation plan for Phase 1 of The Bay in September. This latest approval followed the City Commission’s unanimous approval of a partnership agreement with the Bay Park Conservancy in April, which outlines how both entities will work together to create, co-fund, build and operate the park for the community.

“From the beginning of the bay park initiative, The Patterson Foundation has been a critical catalyst,” said AG Lafley, founding CEO of the Bay Park Conservancy. “From the formation of the Sarasota Bayfront Planning Organization in fall 2016, through the master planning process and start up of the park conservancy in 2019, The Patterson Foundation has been a valued partner, providing counsel and access to important resources in addition to leadership financial support. We look forward to continuing to work closely together to create a signature community park for Sarasota.”

Enhancements to the site during Phase 1 include open spaces for a range of activities and events, restoration and activation of the land’s natural mangrove habitat, a sunset boardwalk on the bay, and other public amenities. The Bay Park Conservancy recently updated the The Bay’s site plan to reflect community input gathered during extensive public outreach and community meetings. The design will continue to evolve based on additional input from ongoing community engagement.

NOTE: this release was originally published by The Patterson Foundation in partnership with MagnifyGood.