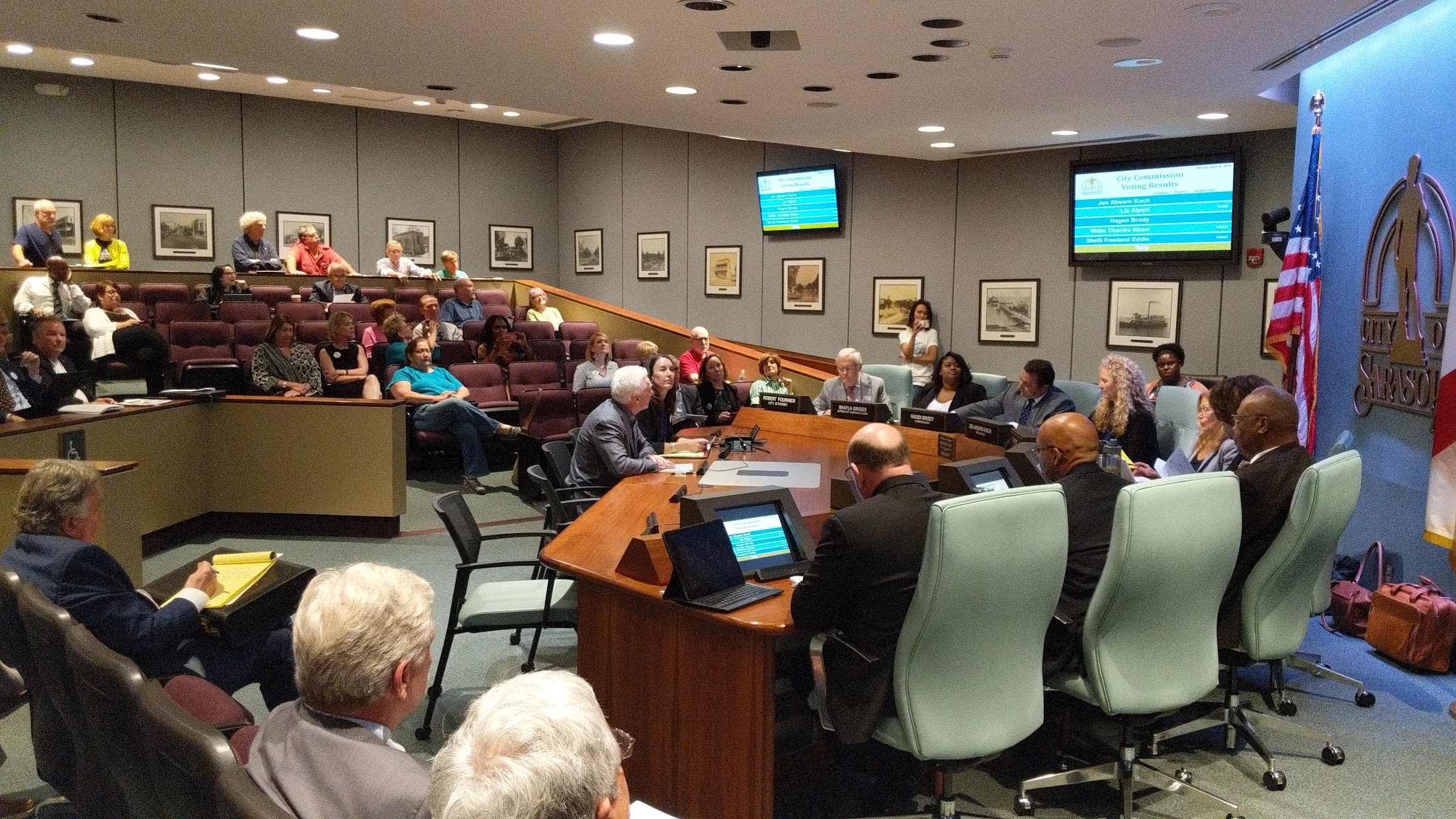 AG’s Remarks at City Commission Meeting on the Partnership agreement

AG’s comments at City Commission meeting on partnership agreement on 4.15.19

I am going to begin by recognizing and thanking Bob Fournier for his thoughtful, balanced, constructive and productive leadership of the process that has resulted in a partnership agreement that balances the needs of the city, the Bay Park Conservancy, and the community for whom the public park is intended.

I also want to thank the thousands of supporters in the community who clearly want to transform the 53 acres of City land (mostly parking lot today) into a bay park OPEN, AVAILABLE, FREE, and welcoming to all of us who make up the rich diversity that is SARASOTA.

I do hope that the citizen volunteer and community led Bay Park initiative has helped the City Commissioners and management staff understand that there is a better way to engage the broad, general, representative community – through a combination of open meetings with any/all neighborhoods and stakeholders, and the broad, creative and effective use of the internet and social media.

Facts on funding: Every dollar so far comes from the private philanthropic sector. City contributions to Phase 1 is a planned $1.5M to $3M of a total $20M to $30M estimated total cost (or only about 10%) and that plan is not
yet committed.

City Commission’s commitment is to the partnership agreement and to funding other government, county, state, federal, etc. AND private/philanthropic commitments to help fund.

So far, all the leadership and all the RISK has been taken by citizen volunteers and private PHILANTHROPISTS because they believe the Bay Park is the single most important and transformative initiative the City and community of Sarasota will undertake over the next 10 to 15 to 20 years.

Now it’s time for the commission to step up, take the lead, and make a commitment to the Bay Park by approving the partnership agreement and then committing City financial resources to Phase 1.

What’s actually/really going to happen next?
What’s the RISK?
If you approve the partnership agreement and BPC goes ahead with implementation of the first phase, only two things will happen:

Final Request – Don’t kick the can down the road…it’s time to move ahead. Thousands of us in Sarasota are ready, willing and able to help turn design possibilities into park reality.