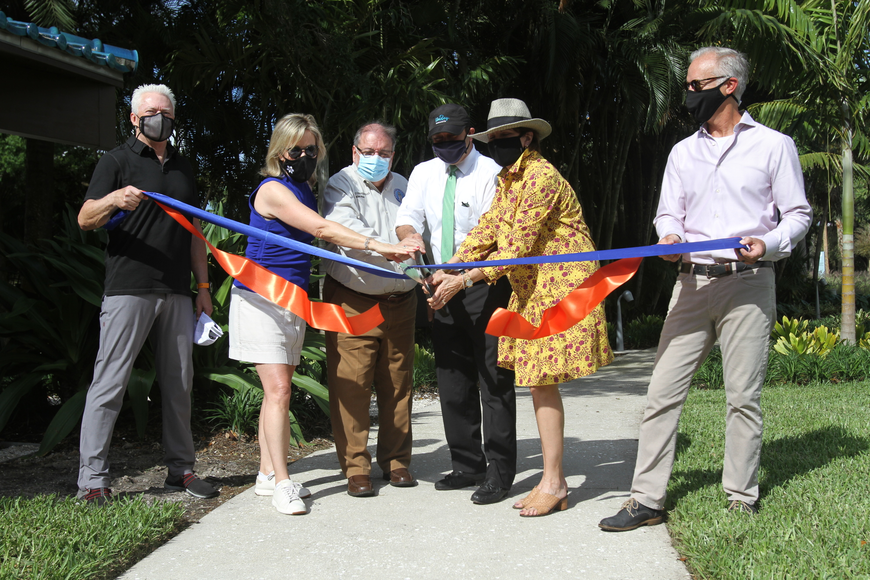 The original article by Harry Sayer appeared in the Observer on March 27, 2021.

The Mangrove Walkway will be open to the public April 10.

The event had donors and Bay Park Conservancy staff meeting at the walkway for a private event celebrating the new space. The 53-acre space along the Sarasota Bay now has a half-mile, 10-foot sidewalk walkway that wraps around the Bay Park’s coastal area. Invasive plant species were removed in favor of different plant types and more than100 new trees. The western portion of the project opened in Oct. 2020 while a a new kayak launch, dredged and restored bayou and bayou bridge are planned for completion this summer.

The walkway will be open to the public starting April 10.