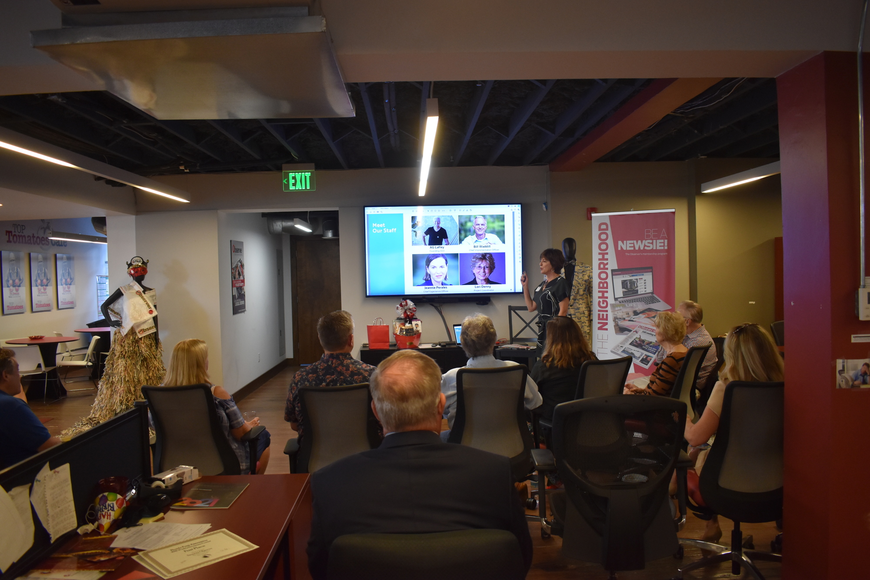 This article originally appeared in Your Observer on November 11, 2021

The Bay Park Conservancy is working with city staff to streamline the development process and accelerate the buildout of the project.

The first phase of The Bay Sarasota is not yet complete, but Cathy Layton already sees signs of the transformative power she believes the $150 million park project will have.

Layton chairs the board of directors for The Bay Park Conservancy, the group leading an effort to redevelop more than 50 acres of city-owned property surrounding the Van Wezel Performing Arts Hall. During a Nov. 3 presentation at the Observer Media Group’s Wine and Wisdom event, Layton outlined the eight-year process that took the bayfront renovation effort from a grassroots idea to a formalized partnership with the city.

She highlighted the work The Bay leadership has done to improve a mangrove bayou on the southern end of the site. When the group began its cleanup efforts, the coastal wetlands were nearly devoid of marine life. Following the environmental rehabilitation and the official opening of the mangrove walkway earlier this year, visitors have sighted manatees in the area.

What’s next in the quest to make the park a reality? A meeting on Monday with the City Commission to discuss proposed revisions to the terms of the public-private partnership governing the development and the management of the park. According to information included with the agenda for Monday’s meeting, the conservancy and city staff prepared the proposed changes jointly.

The agenda states the revisions are reflective of the information both parties have gathered during the first two years of a formal partnership, and it seeks to eliminate some procedural requirements initially attached to the development of the bayfront site.

Layton said The Bay Park Conservancy believes the changes the organization has proposed could save five years on the construction timeline and up to $30 million in capital expenses. She framed it not as a regulatory shortcut, but as a sensible approach for facilitating a plan the city has endorsed at every step thus far.

“There’s no reason this park shouldn’t be done as soon as possible,” Layton said.