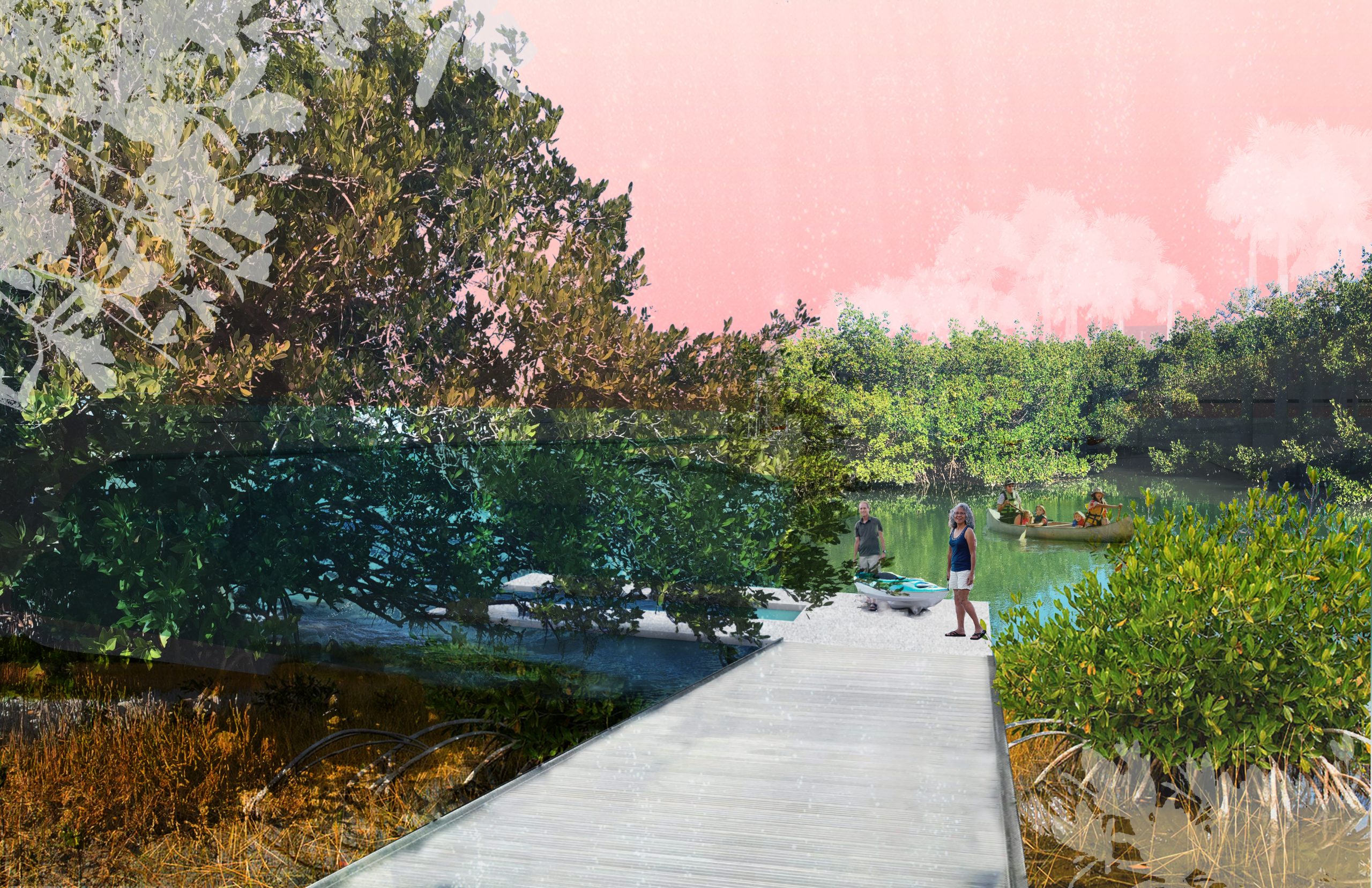 NOTE: This article was originally published by Sarasota Magazine on September 24, 2020.

Segments of phase one of the project, which include the mangrove walkway, trails and benches, will open to the public next month.

If you’re eager to check out phase one of The Bay, the massive effort to remake 53 acres of Sarasota’s bayfront, mark your calendars for next month. Portions of phase one of the project, including parts of the mangrove walkway, walking trails and benches, are expected to open to the public in mid-October.

The chief implementation officer for The Bay, Bill Waddill, says building permits to begin the mangrove walkway improvements were approved early this year, right before the Covid-19 pandemic hit Florida. Funding for the project, 80 percent of which is philanthropic, was also in place prior to the pandemic, meaning there were no setbacks in funding or construction due to Covid-19. The Bay, in fact, opened a portion of the mangrove walk early, in April, after community feedback from citizens who said they needed a safe place to walk outside while remaining socially distant.

The mangrove walkway, a quarter-mile, 10-foot-wide rubberized path, is a $4 million to $5 million project that is expected to be completed by January 2021. The entirety of phase one will break ground at the same time, with expected completion by 2022. The mangrove walkway improvement includes water quality testing, monitored by Mote Marine labs, pre-treating runoff from construction and storms, building the path and installing lighting, benches and deck areas. The park’s environmentally conscious features include a 600-foot denitrification trench in the bay, which helps clean runoff that leads to algae overgrowth.

According to Waddill, the design process has been slightly altered. Because of the pandemic, designers are working remotely, and are being sent photos of the progress to confirm plans are being followed. Overall, the outdoor nature of the project has allowed construction to continue as usual, despite slowdowns caused by Covid-19.

Waddill says the only setbacks for The Bay this year involved a wait on government approval of applications for phase one, which has since been put into motion. Earlier this month, the Sarasota County Commission affirmed the project’s tax increment financing, ensuring The Bay has the funds it needs from the government to proceed. The entire project is expected to receive $75 million from the public sector through local, state and federal grants, and $75 million from the private sector.

“We are looking forward to welcoming guests in stages, to show momentum and keep the community and donors excited about what’s to come,” says Waddill.