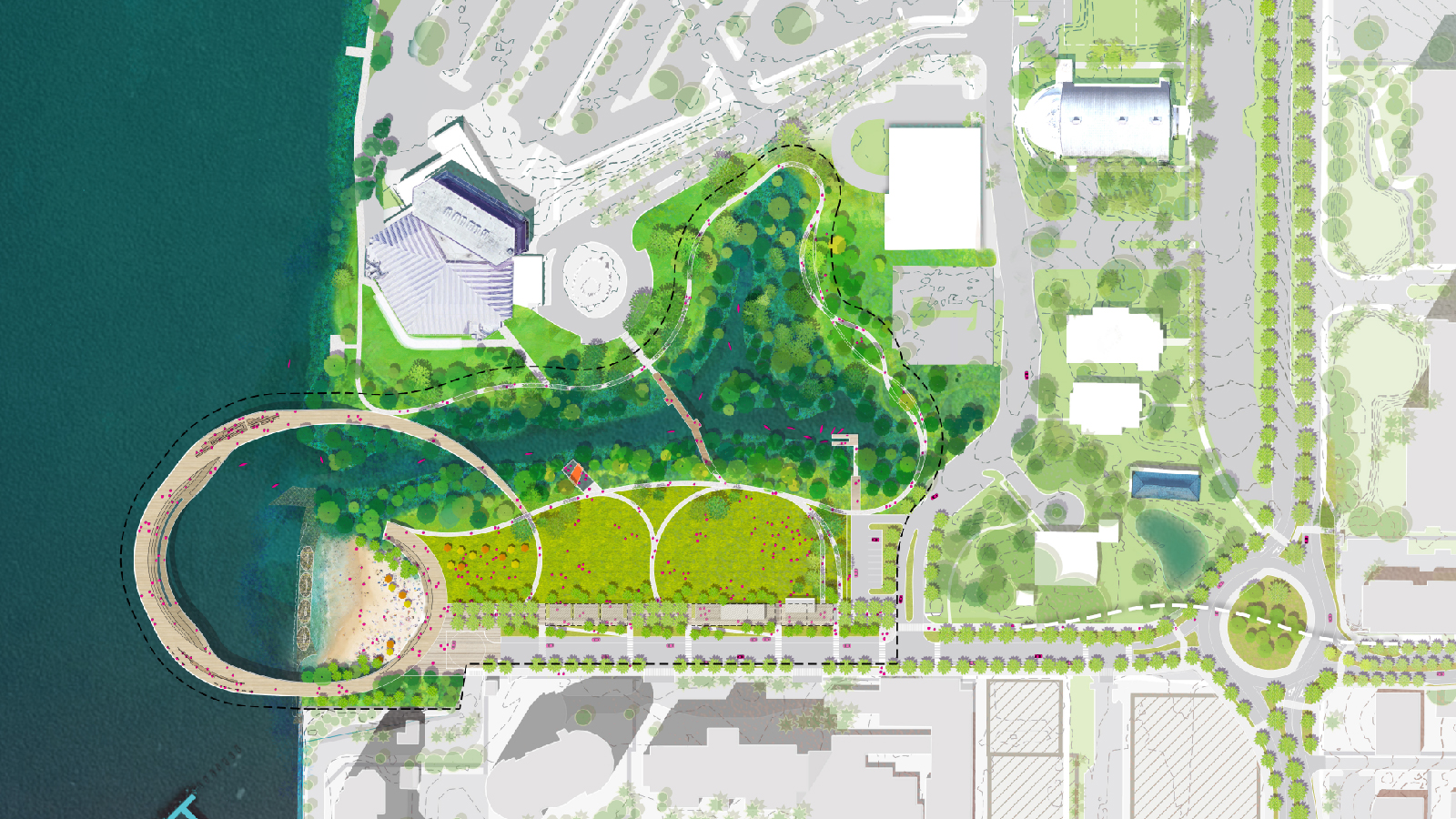 The developers of The Sarasota Bay Project, which aims to redevelop over 50 acres of city-owned land along the Sarasota Bayfront, is asking for public input about phase one of their project.

NOTE: This article was originally published by abc7-WWSB on August 21, 2019.

At the meetings developers will give an update on their phase one implementation plan. This comes after they adjusted their plan based on public feedback since their last update in July.

In July, developers announced updates on phase one of the project, which redevelops the 10 acres of land by Boulevard of the Arts. Those updates included a spiraling pier to protect the seagrass and coral-like structure underwater, an enhanced mangrove area with a walkway and an inlet for a kayak launch, and an open lawn area for people to do different activities on.

Along with an update on the phase one implementation plan, community members will have a chance to give feedback on the updated design.

These two meetings will be the last big public meetings before the city commission meeting on September 16th. At that meeting developers will present their final phase one implementation plan. If that plan is approved, developers will move on to the site plan phase of development.

Construction on phase one is expected to be complete in two to three years.