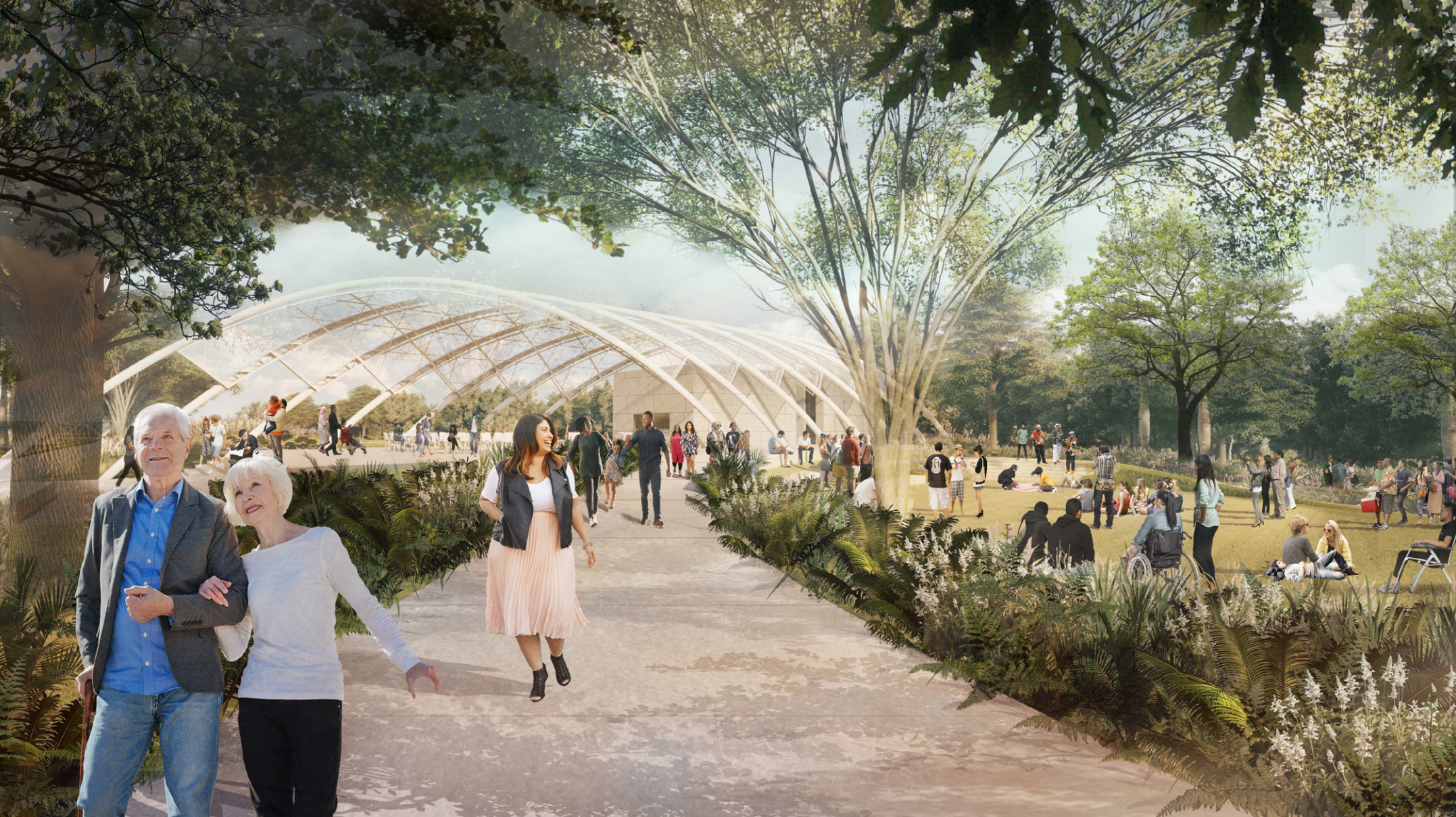 The independent group leading the redevelopment of city-owned bayfront land has submitted a detailed proposal for a 10-acre park north of Boulevard of the Arts.

The Bay Sarasota has filed plans with the city for the first phase of a long-term bayfront redevelopment effort, submitting site-specific proposals for what the group envisions as a “living and learning lab” and “a park for all of Sarasota.”

The Bay submitted the site plan application to the city on Dec. 16. Information regarding the vision for the first phase has been public since 2018, when the city unanimously endorsed The Bay’s master plan for more than 50 acres of city-owned land surrounding the Van Wezel Performing Arts Hall, but the site plan represents the most detailed proposal yet.

Key aspects of Phase 1, primarily located north of Boulevard of the Arts and south of the Van Wezel, include an open lawn, a spiral boardwalk above the water, a food and beverage pavilion and a mangrove bayou.

The application includes information on transportation and parking plans for The Bay site. The organization estimates that, once the bayfront site is built out, the park will need approximately 300 to 500 parking spaces, with additional capacity necessary to serve the future Sarasota Performing Arts Center. The application says more than 360 parking spaces will be available within a three-minute walk radius of the first phase park, including 14 spaces in a dedicated drop-off lot near Boulevard of the Arts and Van Wezel Way.

The site plan application seeks a series of waivers to the existing zoning for the property. They include requests to allow buildings taller than two stories, light fixtures taller than 15 feet, the placement of some bollards and lighting structures within 30 feet of the mean high water line and variances allowing for the construction of the boardwalk. The Bay is also seeking the city’s approval of a conditional use application that would allow for commercial activity on the project site.

In October, The Bay held a community workshop ahead of formally submitting a site plan for Phase 1. At that meeting, some residents living in condominiums on Boulevard of the Arts expressed concern the project would cause traffic issues at the western terminus of Boulevard of the Arts, near the boardwalk and a proposed plaza.

The city previously approved an implementation plan for Phase 1 in September. The Bay is working to secure $25 million in funding for Phase 1, $20 million of which would come from private sources. In an earlier interview with the Sarasota Observer, The Bay Chief Implementation Officer Bill Waddill said he hoped the organization could secure the necessary approvals to begin construction by summer and open Phase 1 by late 2020.

The site plan, including the associated narrative for Phase 1, is available on the city’s website.

NOTE: This article was originally published by The Observer on December 18, 2019.