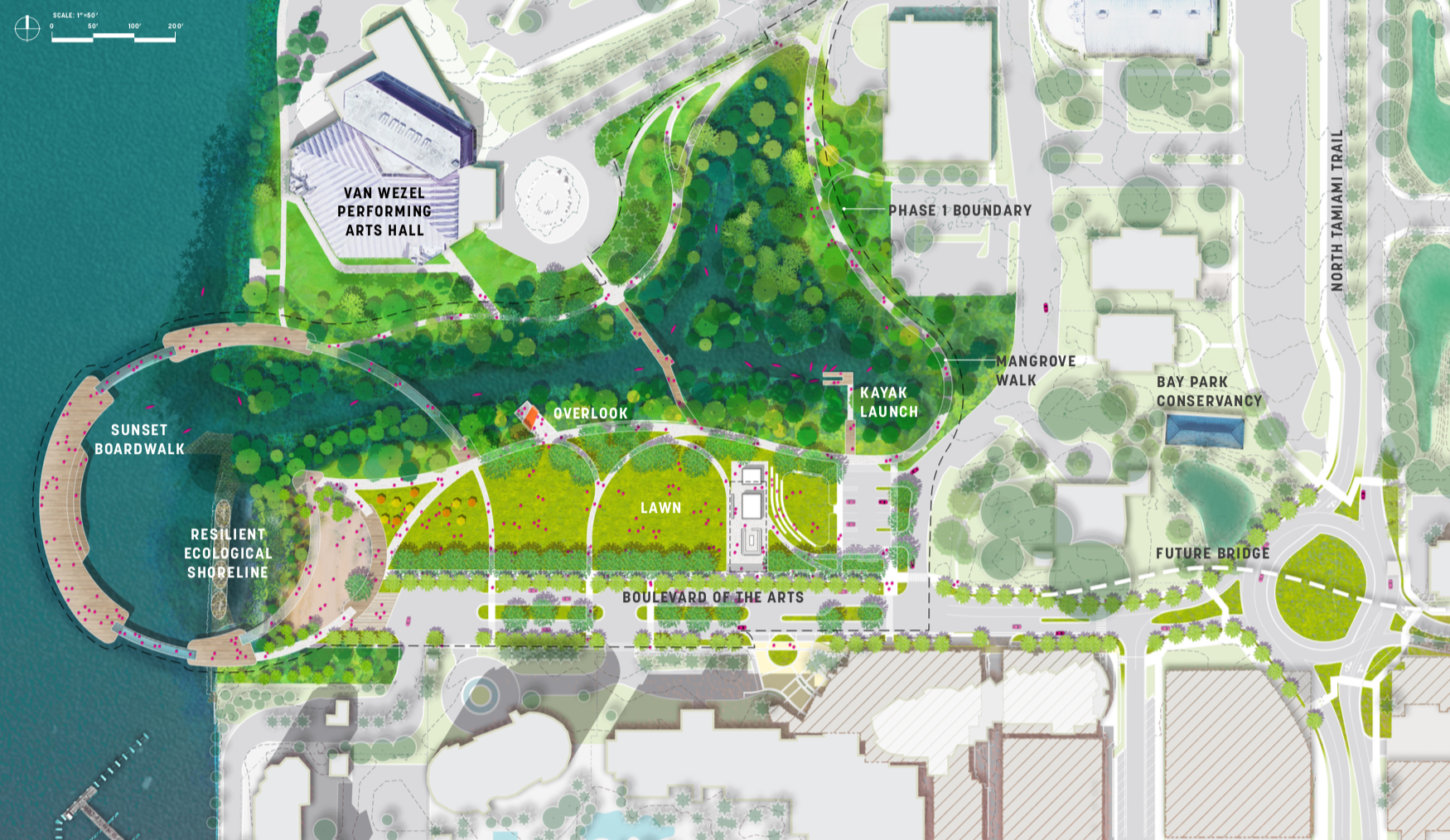 The tweaks include moving the concession stand and restrooms, narrowing sections of the spiral boardwalk and more.

NOTE: This article was originally published by Sarasota Magazine on August 22, 2019.

Plans for phase one of The Bay are changing, and that’s all part of the plan.

The team behind the project, a $100 million effort to redevelop 53 acres of city-owned property around the Van Wezel Performing Arts Hall, unveiled modest changes to the design for phase one at a pair of community outreach meetings on Wednesday. They emphasized that the first phase—which will be built on the southern edge of the property, along Boulevard of the Arts—is intended to be an “experimental,” “flexible” space that will allow for a wide range of uses, some of which they may not even anticipate.

Bay Park Conservancy chief implementation officer William Waddill and Gina Ford and Susannah Ross from the Sasaki design firm outlined the tweaks they’ve made. They include maintaining landscaping along Boulevard of the Arts rather than changing it, expanding the parking and drop-off space, shifting the location of the concessions and restrooms, shrinking the open lawn area, redesigning the shoreline and adjusting some sections of the spiral boardwalk that will jut out into the bay.

Some of the changes were made in order to leave an “even lighter footprint” on seagrasses and mangroves. The new boardwalk design, for example, now features narrower walkways near seagrasses, which will allow more sunlight to pass into the water. Other shifts were made in response to suggestions and criticism from city residents.

Next up: The Sarasota City Commission will evaluate the concept plan for phase one in mid-September, and the Conservancy and Sasaki will then create a formal site plan over the next several months. If things go according to plan, phase one could be completed by mid-2021.