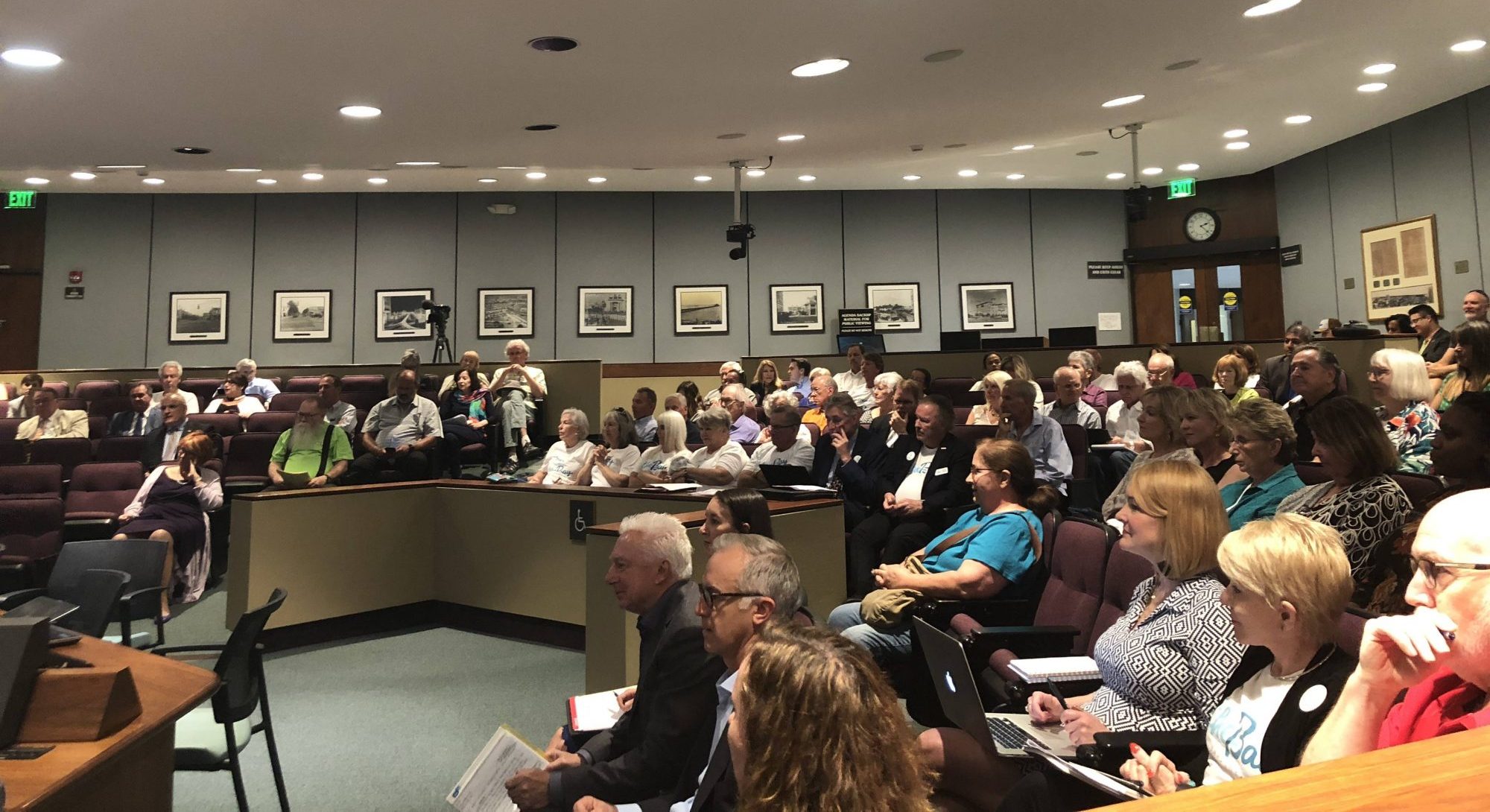 Note: This article was originally published on April 15, 2019 by Your Observer.

The City Commission unanimously endorsed a partnership empowering a private nonprofit to take the lead on the development of a public waterfront park.

In a unanimous vote Monday, the City Commission approved an agreement outlining a partnership with a private group that will be responsible for leading a public park project more than 50 acres of city-owned bayfront land.

City staff drafted the partnership agreement alongside The Bay Park Conservancy, a nonprofit formed specifically to oversee the implementation of the bayfront master plan the city approved in September. The Bay Park Conservancy’s leaders include members of the Sarasota Bayfront Planning Organization, the group responsible for producing the master plan after holding a series of community workshops.

Monday’s vote came after more than two hours of input from commissioners and the public. Questions at the meeting focused on aspects of the partnership concerning financial obligations, community representation, dispute resolution and transparency.

At the end of its discussion, the commission felt comfortable moving forward alongside The Bay Park Conservancy on the development of the waterfront around the Van Wezel Performing Arts Hall.

“I think it’s a great start to a very fruitful partnership for not only the city, but the community,” Commissioner Hagen Brody said.

The agreement creates a phased approach for approving different elements of the project. The conservancy is responsible for creating an implementation plan for each phase that includes details on design and funding projections. The City Commission must approve an implementation plan before obtaining other development approvals and beginning construction on each phase.

The conservancy must provide an updated financial plan for the project on an annual basis. The conservancy will be responsible for negotiating leases and creating a naming rights policy for elements of the park project, but the commission must approve those documents before they go into effect.

The agreement includes an initial term of 15 years with two 15-year extensions. Either party would have the opportunity to terminate the agreement by providing written notice ahead of a scheduled extension.

The partnership agreement includes some provisions pertaining to the city’s financial commitments for the project. City responsibilities include providing “all basic infrastructure” and “municipal services and routine maintenance to the site.” The agreement lists examples of those responsibilities, including streets, sidewalks, utility service, waste collection and landscape maintenance. The city would also be responsible for constructing a parking garage on the site if one is incorporated into the project.

Fournier said the agreement was structured so the city would only have to allocate additional money toward those causes as each phase of the project is approved. Still, he said he did not want to minimize the scale of the city’s commitment as it proceeds with a project expected to cost up to $200 million.

“We shouldn’t kid ourselves; this is a massive undertaking,” Fournier said. “… I don’t mean that in a pejorative way. It’s just factual.”

Commissioner Shelli Freeland Eddie asked about the financial information the conservancy planned on providing as it sought approval for each phase. Conservancy representatives said the implementation plans would include a breakdown of intended private and public funding sources.

After some members of the public suggested the city should not approve construction until the conservancy had collected the money necessary to proceed with a given phase, conservancy board member Jennifer Compton said the group would be careful about putting together its budgets.

“We’re not anticipating using funding that we’re not pretty confident is coming in,” Compton said.

Although conservancy representatives said there would be other avenues for input, Ahearn-Koch advocated for the active, explicit inclusion of a broad cross-section of the community on the board.

“I think it’s essential the citizen’s voice is represented on the board, and a voting voice,” Ahearn-Koch said.

Despite those questions, all five commissioners voted to approve the partnership agreement, which will include some revisions Fournier drafted today ahead of the meeting. Throughout the discussion, conservancy officials attempted to assure the commission — and the community — the group would be acting in the public’s interest as it leads the development of a landmark civic destination.

“Going forward, this is only going to succeed if this is a true partnership,” Compton said.