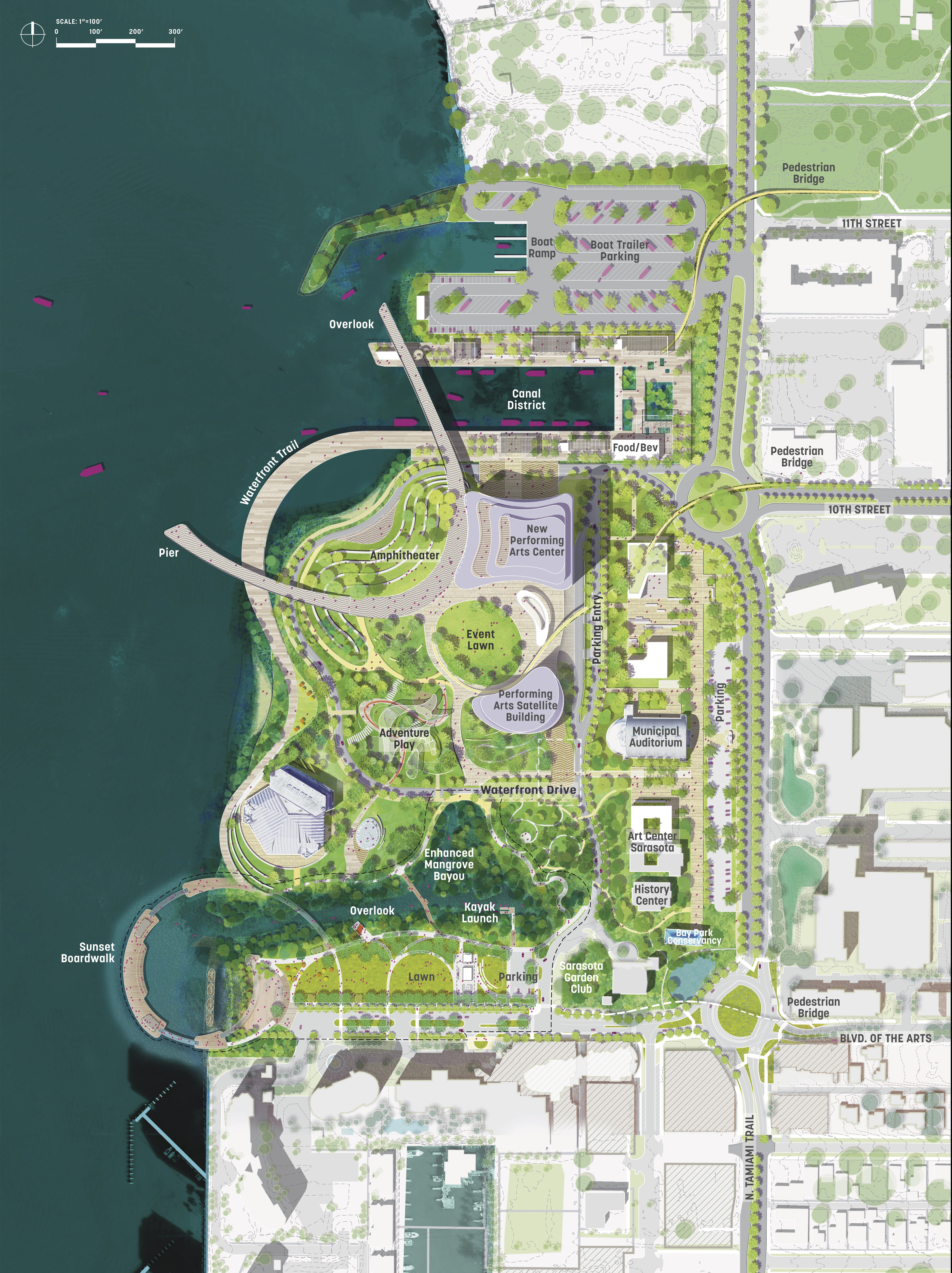 City officials backed a plan to use property tax revenue from the area around the project site to help pay for The Bay. Will the county follow suit?

A funding agreement between the city and the county could steer more than $200 million in property tax revenue toward the redevelopment of more than 50 acres of public bayfront land near downtown Sarasota.

On Monday, the city took a step toward making that agreement a reality. The commission unanimously endorsed core terms of a tax increment financing district to fund capital improvements associated with The Bay Sarasota project. The funding system would also support the construction of a new bayfront performing arts center to replace the Van Wezel Performing Arts Hall.

The tax increment financing model captures a portion of increases in city and county property tax revenue from within the boundaries of an identified district. The proposed bayfront TIF district would collect 95% of property tax revenue increases above the level established in the base year of 2019. The boundaries of the district are variable but go as far north as 15th Street, east to Osprey Avenue, south to Second Street and west to the bayfront.

According to a city presentation, there are 1,734 parcels in the TIF district with a combined taxable value of $850,422,231 as of Jan. 1, 2019. A city projection estimated the district’s taxable value could exceed $3.28 billion at the end of the 30-year TIF agreement.

Bill Waddill, The Bay’s chief implementation officer, said the independent group planning the bayfront redevelopment hoped to get the TIF proposal in front of the County Commission at a meeting in January. Waddill said the terms of the proposal were tailored to input the county provided, so he was hopeful the commission would endorse the plan.

Waddill said The Bay hoped an official interlocal agreement authorizing the TIF district could be in place by summer 2020.

NOTE: This article was originally published by The Observer on December 5, 2019.