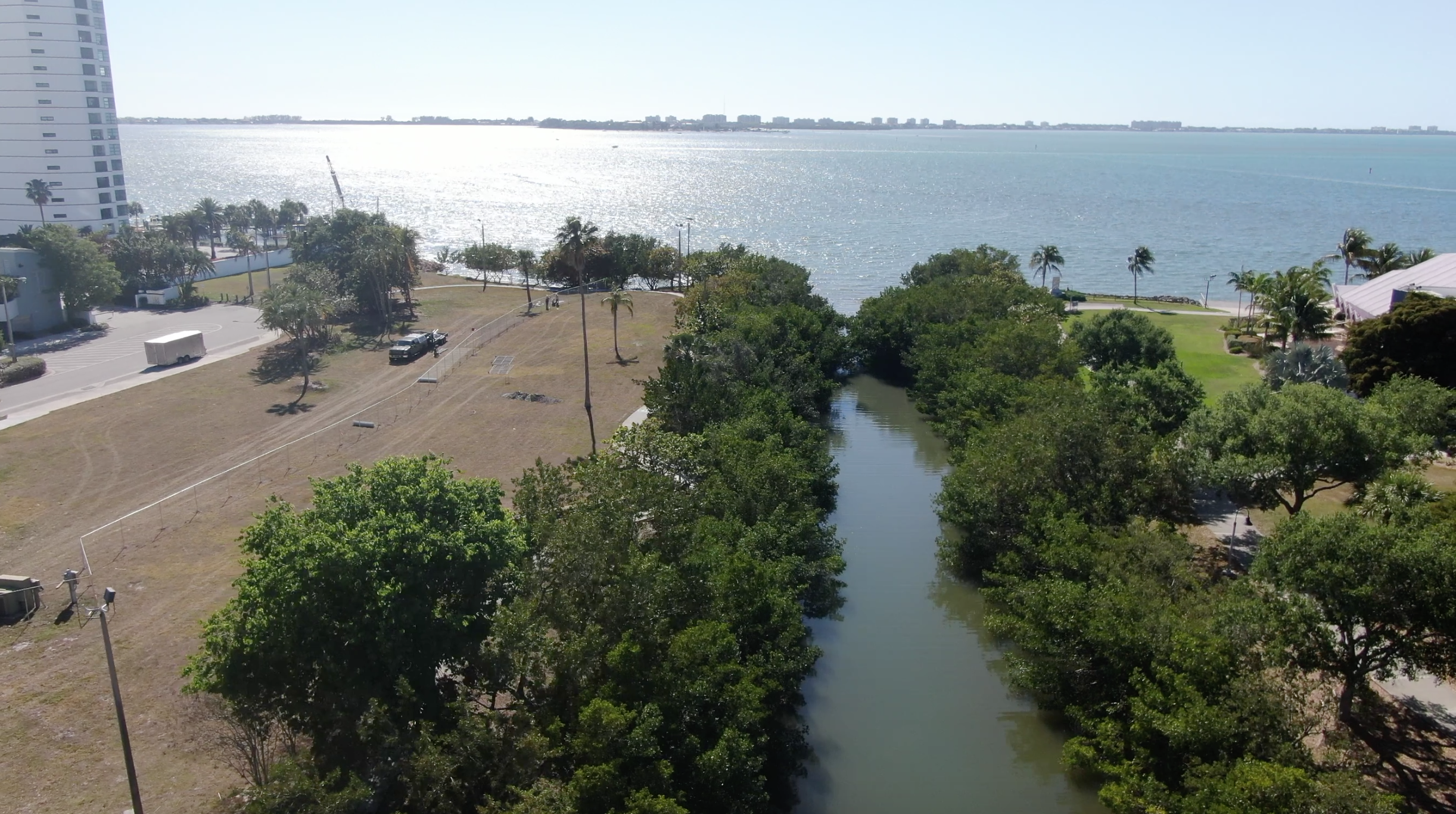 Contractors are preparing to begin work on a walkway that represents one of the first tangible signs of progress on a 53-acre, mixed-use development on city-owned land just outside downtown Sarasota.

The Mangrove Bayou Walkway that will be built by contractor Jon F. Swift Construction is expected to be completed by the end of the year, says The Bay Park Conservancy, the nonprofit alliance that is overseeing the redevelopment of the site.

The walkway also will anchor the first 11-acre phase of the redevelopment, which will transform a municipal area underutilized for years primarily as surface parking for Sarasota’s Van Wezel Performing Arts Hall.

Funding for the $4 million walkway is being provided by the Charles & Margery Barancik Foundation, which provided more than $1.25 million toward the design and construction and future maintenance; residents Bob and Lin Williams; and the City of Sarasota.

“We’re trying to get the momentum in place so the snowball that’s been created can roll downhill,” says AG Lafley, founding CEO of the conservancy and a Sarasota resident. “The walkway will be among the first signs demonstrating what we’re working to get done to transform this environmentally significant area in the city.”

In all, the first phase of The Bay transformation is slated to cost $25 million and include a new public pier and open space amenities.

In addition to the walkway, Lafley says the conservancy has installed a fountain garden with native plants at one corner of the city property and replaced an aging concrete-and-steel seawall with a more eco-friendly shoreline in another section.

All three projects come in the wake of a mid-December site plan application the group filed with the city. A year ago, the conservancy and the city entered into a 15-year partnership agreement to redevelop and improve the land.

NOTE: This article was originally published by The Business Observer on April 10, 2020.

The Bay criticizes residents against its park project
Showing Your Love for The Bay: 2020 Giving Challenge