Sundays at The Bay - The Bay Sarasota

Sundays at The Bay 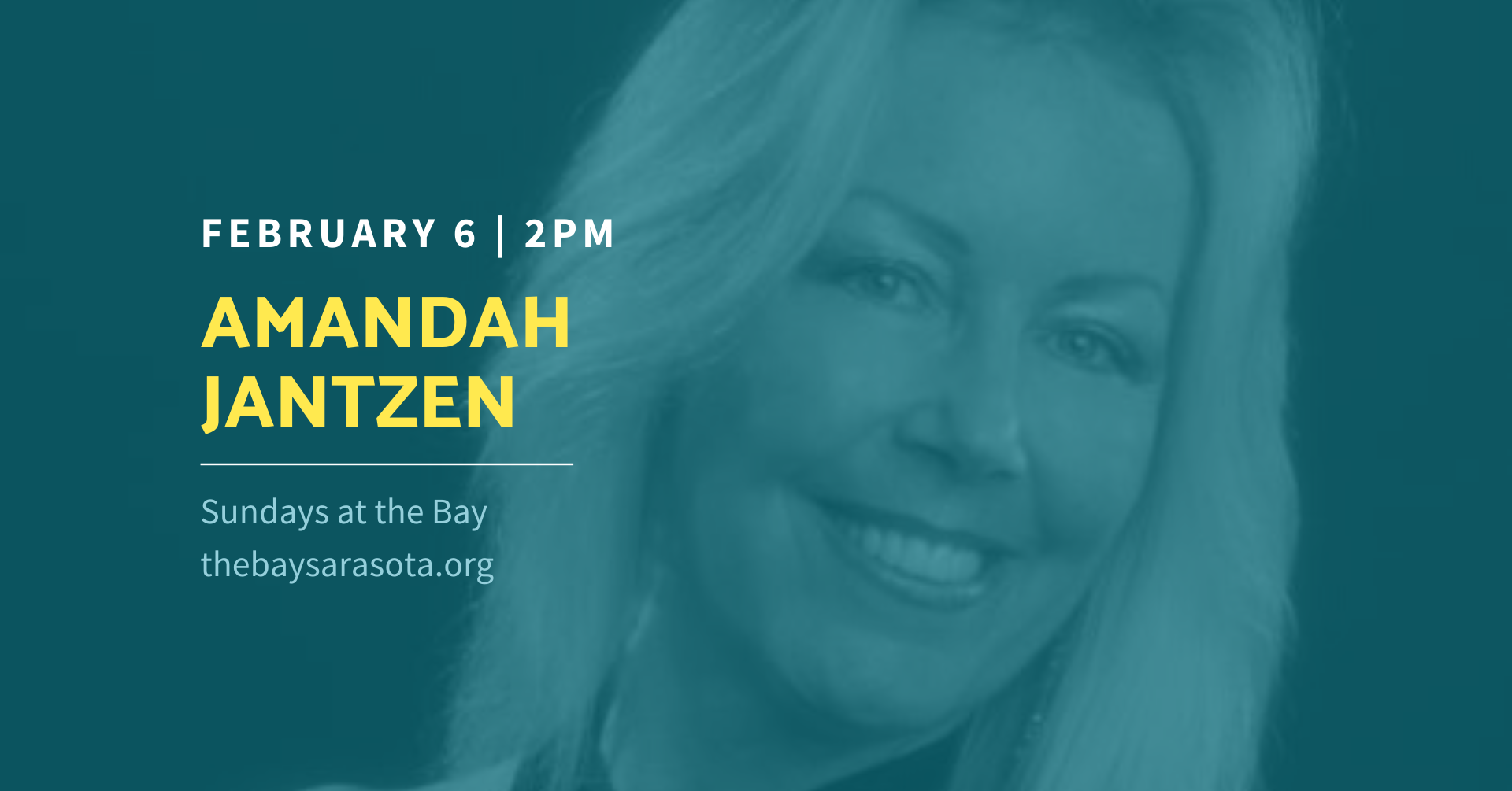 Free weekly music and performance program offered from 2:00 – 3:00 pm.  Bring a lawn chair to The Bay’s Civic Green on the north side of the Municipal Auditorium for free weekly concerts featuring local talent ranging from jazz and marimbas to guitar and gospel.

Amandah Jantzen, a native of San Francisco, has been singing jazz professionally since 1986, performing additionally as a solo pianist/vocalist since 1997, and touring extensively in over a dozen countries throughout Asia since early 2004. She’s been featured in Scott Yanow’s digest, “The Jazz Singers,” of the top 521 jazz singers of all time and has opened for several name acts during her adventurous career, including McCoy Tyner, Charlie Byrd, and Kevin Mahogany, to name a few, as well as entertaining for Prince William in the Maldives, and Billy Joel on a private island in the Florida Keys.  No stranger to performing, Amandah has lit up countless venues with her delightful stage presence and witty banter, warming an audience up to experience her exceptional vocal renditions of the Great American Songbook and other classic and current gems spanning the past 100 years and multiple genres. Bouncing from Cole Porter to Coldplay and everything in between, she’s often asked of her preferred musical style:  “Playing audience requests,” which is why she happily offers music menus to help guests choose their favorite tunes during her shows.

Click on an organization's logo to view their calendar of events.