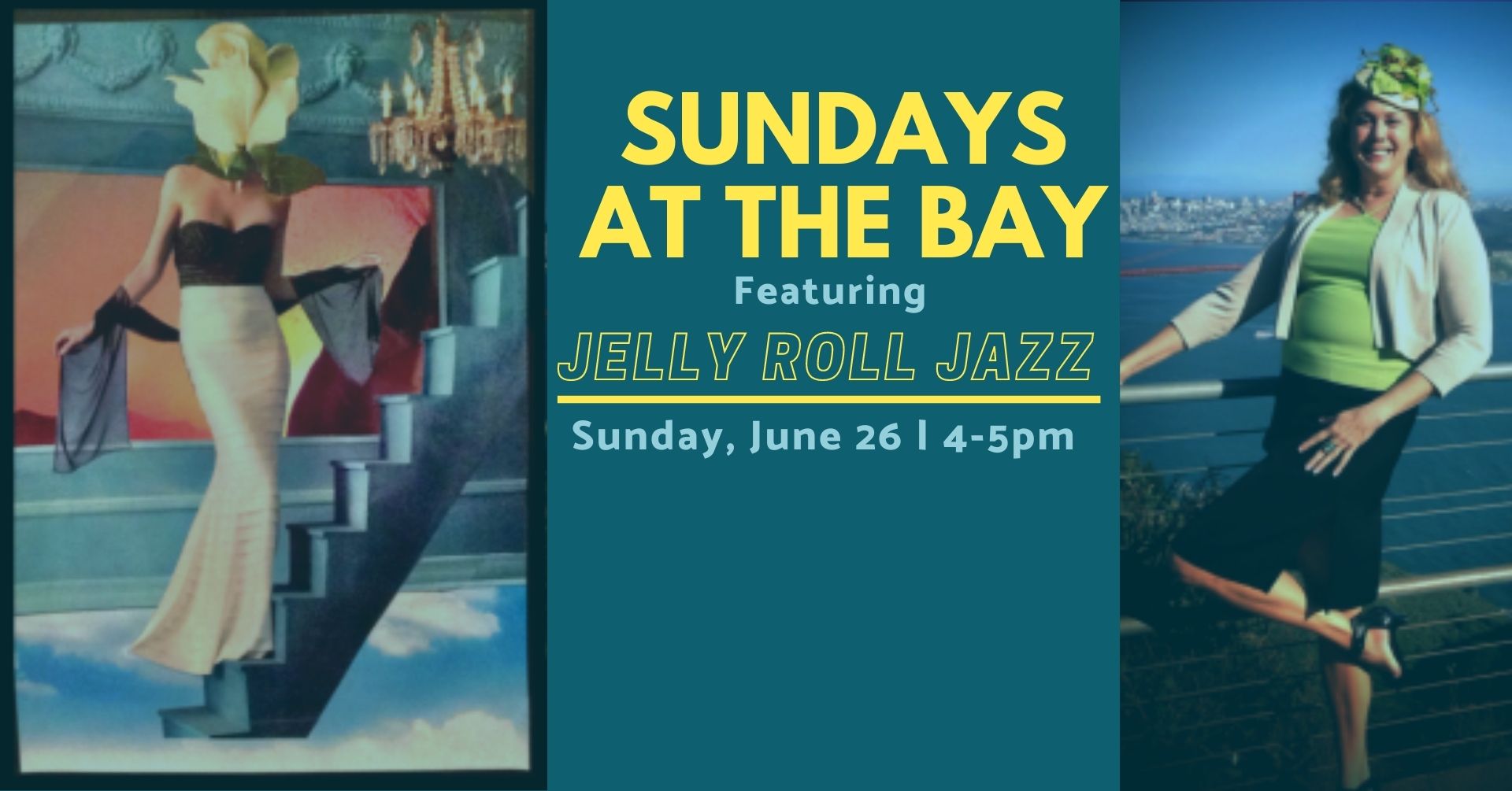 This week’s performance features Jelly Roll Jazz and will be held on the Van Wezel Terrace!

Denise Blondeau, a vocalist from San Francisco, now living in Sarasota, Fl.  Since its establishment in 2014, Jelly Roll Jazz gained a loyal following due to  lively arrangements and performances of jazz standards from the 30s & 40s.  Denise attended the California Jazz Conservatory, Berkeley, California. Performance venues include Napa Valley wineries, and numerous jazz houses and yacht clubs in the San Francisco Bay Area.

Trumpet player Timothy Eaton is performer/educator and has performed with a wide variety of artists including Johnny Mathis, Bernadette Peters, The Four Tops, The Temptations, Don Rickles, Jerry Lewis and many, many others. As a professional conductor he has had the pleasure of working with Michael Bolton, Martina McBride, The Ringling Bros & Barnum and Bailey Circus as well as local musical theater productions.

Rafael Aguiar a.k.a. ‘Ruffus’ is from Valença, Brazil and is a multi-talented performer, composer and producer. He plays piano, saxophone and oboe.  B.A., Souza Lima Conservatory, Sao Paulo, BR.  M.A., Berklee College of Music, Boston, MA.He has been a part of Venue2003 Mato Grosso Orchestra of Flute 2004 till 2007; The Ourinhos Jazz Festival;OBLIO, quintet led by the guitarist Asher Kurtz and Latin Quarters of Sarasota.

About Sundays at The Bay

Sundays at The Bay is a free weekly music and performance program offered outdoors.  Bring a lawn chair to experience a new local artist each week, from jazz and marimbas to guitar and gospel.

Click on an organization's logo to view their calendar of events.