$1 million committed to Sarasota’s The Bay - The Bay Sarasota 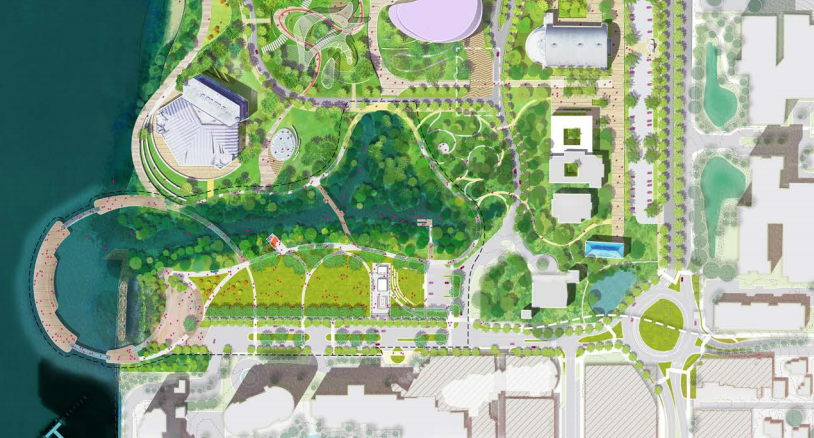 Major design efforts of the first phase of The Bay are focused on environmental conservation and restoration of the shoreline and mangrove bayou on the southern portion of the property. The open lawn space along Boulevard of the Arts is where foundation money for early activation programming will take place.

NOTE: This article was originally published by Herald-Tribune on September 13, 2019.

SARASOTA — With the help of an anonymous donor, the Community Foundation of Sarasota County is committing $1 million to The Bay Park Conservancy for construction of The Bay project’s initial 10-acre phase.

The money also will go toward activation programming “to ensure future park activities bring together people and families of all ages and backgrounds from throughout the region,” the foundation said Friday.

“The Bay offers an opportunity to ensure our area provides an atmosphere that bridges generations and unites our community by offering unique experiences where everyone who visits feels they belong,” Roxie Jerde, the Community Foundation’s president and CEO. “These gifts uphold the spirit of inclusivity and community pride that ignited The Bay.”

The foundation was an early supporter of Bayfront 2020, the coalition of citizen volunteers that in 2013 began developing efforts to imagine restoring and enhancing the city of Sarasota-owned property, as well as the Sarasota Bayfront Planning Organization, which developed the park’s master plan.

“A signature public park adds to the social and economic, cultural and educational value of a community,” said A.G. Lafley, founding CEO of The Bay Park Conservancy. “The Community Foundation of Sarasota County’s generous support will help us offer a wide range of programs and activities that will be open, accessible, free and welcoming to everyone in our community in a beautiful park on Sarasota bay.”

Major design efforts of the first phase of The Bay are focused on environmental conservation and restoration of the shoreline and mangrove bayou on the southern portion of the property. The open lawn space along Boulevard of the Arts is where early activation programming will take place.

Construction could begin next year and be completed in two years. Long-term plans for the 53-acre site include a new boat ramp, waterfront trail and, eventually, a successor to the Van Wezel. In a recent meeting, Bill Waddill, managing director of The Bay, said the first construction on Phase I will be a half-mile mangrove walk. That could start in a few months. Before then, planners hope to restore a fountain and add landscaping to the corner of U.S. 41 and Boulevard of the Arts.

Members of the nonprofit behind the proposal for the site continued to want to hear from the public. A video on the latest plans for the 53-acre redevelopment being shepherded by the The Bay Park Conservancy and the City of Sarasota are available at thebaysurvey.org, as is a 10-question survey.