The Bay schedules meetings on park plans - The Bay Sarasota 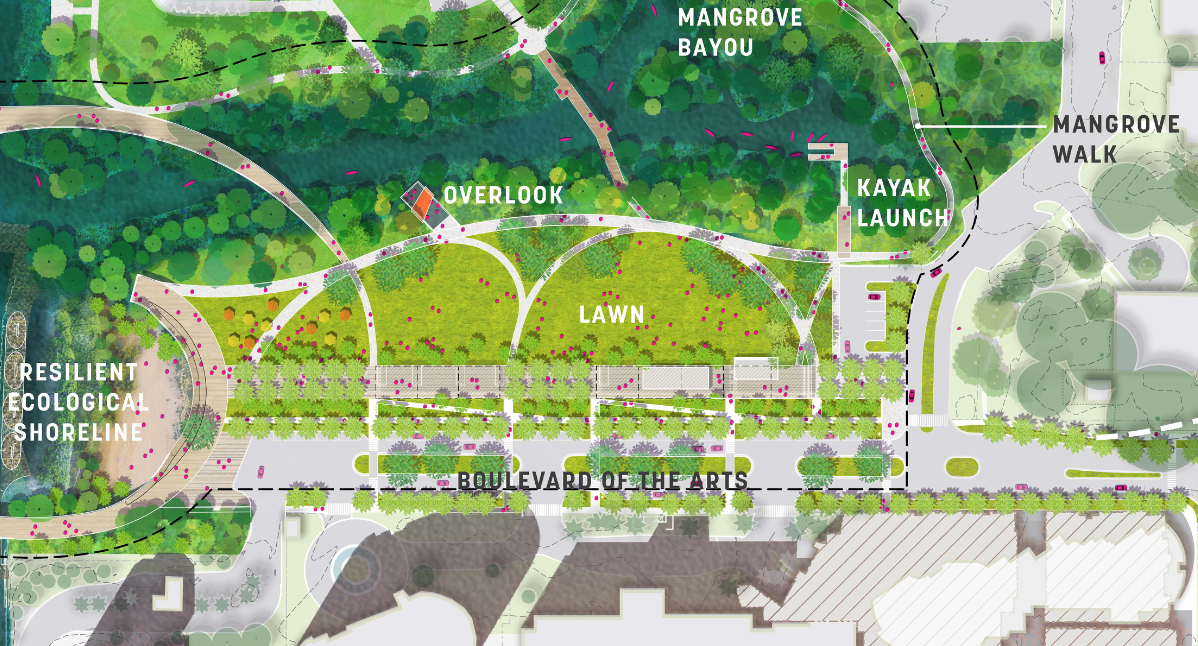 The Bay Sarasota will host two community events Wednesday, Aug. 21 to discuss the group’s latest proposal for the first phase of the public park project.

NOTE: This article was originally published by The Observer on August 12, 2019.

The group planning the redevelopment of more than 50 acres of city-owned bayfront land is inviting the public to attend a meeting this month to learn the latest about the public park project.

The Bay Sarasota announced it will hold a pair of meetings Wednesday, Aug. 21 regarding the bayfront planning process. The Bay is working with the city to implement a master plan for the land surrounding the Van Wezel Performing Arts Hall.

The meetings will be held:

The events will focus on the proposed first phase of the bayfront project, which includes 10 acres at the south end of the project site along Boulevard of the Arts. The Bay’s leaders presented their latest concept for the first phase at a City Commission meeting in July. Featured elements include a spiral pier, an open-space lawn and a mangrove inlet with a kayak launch.

The proposal, which The Bay has adjusted since the city approved the master plan last September, drew concerns from some residents of a nearby bayfront condo. The Bay’s leaders committed to working with the public before returning to the commission to seek approval for the Phase 1 plan.

“Like many of these situations, you get differing opinions,” said Bill Waddill, The Bay’s managing director, in a previous interview with the Sarasota Observer. “The reality is, we’re doing our best to continue to listen to the community, to reach out and to try to find the best balance that represents the majority consensus.”