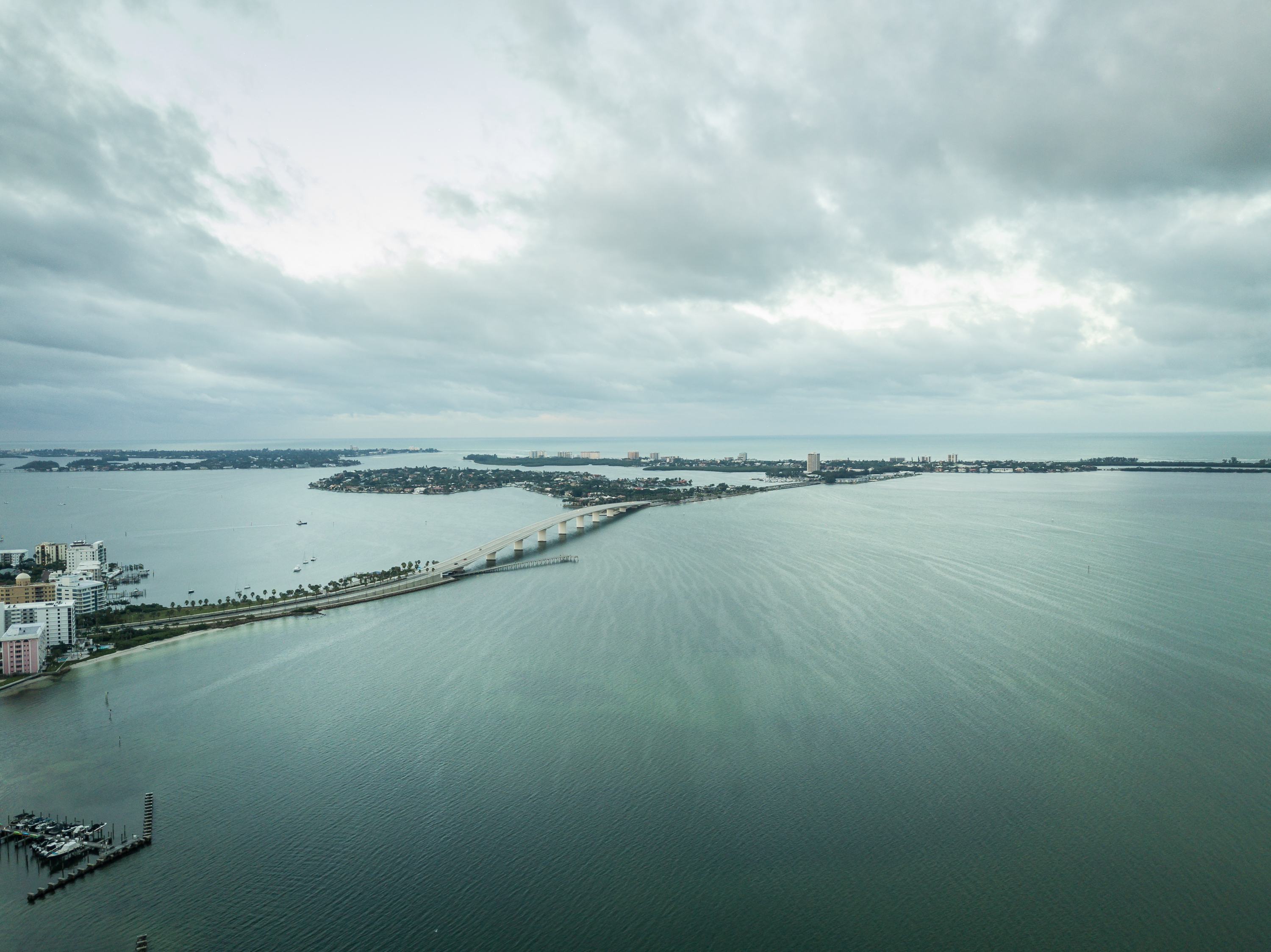 The Bay: An Assist for Mother Nature

In the clean, clear waters of Sarasota Bay, shrimp, clams, scallops and oysters once again abound, feeding small fish that start their lives in our healthy mangrove forests. Look up into the beautiful blue skies, and you will see a variety of coastal birds in their natural habitats, and trees filled with nests and chirping baby birds. All around us, Florida’s natural wildlife thrives, at home in the blue-and-green oasis known as The Bay.

Not only will The Bay, Sarasota’s 53-acre waterfront park, be an open, accessible, free and welcoming space for our richly diverse population, it is also home for Sarasota’s equally diverse ecosystems.

It is no secret that in recent years those ecosystems and wildlife have come under attack from multiple sources – habitat destruction and loss, intrusive invasive species, pollution, and excessive nutrients in our waterways, to name but a few.

Indeed, Jon Thaxton, Gulf Coast Community Foundation Vice President for Community Investment, and a fourth-generation native of Sarasota County, told city commissioners at a meeting, “If you were going to design a landscape and land-use plan that would have the greatest deleterious impact on Sarasota Bay with regard to wildlife and water quality, you could not have come up with a better plan than we did.”

While he is quick to add that it was not done intentionally, Thaxton says the end result was that, over the years, almost all of our public waterfront lands became private, and our water quality was decimated by dumping hundreds of thousands of tons of pollutants into Sarasota Bay.

“Wildlife relies on a multitude of habitats for their various life cycles, and we have damaged or destroyed them all,” he explained. “This includes the mangroves, the seagrass beds and the spartina marshes. With The Bay, we get a unique opportunity for Sarasota to turn back the hands of time. We can take these 53 acres on the bayfront, and make all of those mistakes of the past at least partially right again. The birds, the fish, the vertebrates, the bivalves will all have an opportunity for recolonization on the Sarasota bayfront,” Thaxton said.

According to Christie Hurley, senior project manager and marine scientist with Cummins Cederberg, one of the most important things The Bay is doing is protecting and preserving the area’s mangrove habitat.

“By removing areas of invasive exotics (and replacing them with native plants), and ridding the area of nutrients and pollutants which have drained into the bay, they have freed up a bigger area for more mangroves. This helps the native wildlife, which now has a place in which to nest, feed and live,” she said.

Hurley explains that the mangroves are one of our area’s most important tropical ecosystems. There are three species that live and grow here in Florida – red mangroves (the ones with the big arching roots that come out of and go back into the water), black mangroves (the ones with pneumatophores that look like dark pencils that come out of the ground and take in oxygen from the atmosphere), and white mangroves, more of a tree-looking species, with oval-shaped leaves. Usually found with them is the buttonwood tree, and all four species can be found in The Bay’s mangrove bayou.

Mangroves are important for a number of reasons, Hurley explained. “They are an important link in the marine food web,” she said. “The mangroves shed their leaves into the water. Those leaves are decomposed by a variety of fungi and bacteria and are eaten by shrimp and crabs, which are then eaten by small fish that come into the area. From 50 to 70 percent of our commercial and recreational fish either start their life or spend a substantial portion of their life in the mangrove forests. It is like a nursery for young fish,” Hurley said.

The mangroves are also Florida’s first line of defense against storms and tropical systems; they help protect against erosion; and they also are very important to Florida’s coastal bird population. “There are several species of birds that nest in mangroves. Herons, wood storks, ibis, mangrove cuckoos and many others are dependent on mangrove habitats,” Hurley said.

“By protecting the mangroves, you are protecting our native sea life and wildlife and you are also protecting the human population by creating a healthier food web,” Hurley said. “So many of us like to eat fish, scallops, oysters and clams, and they can only live and thrive in a healthy bay environment.”

It was Thaxton who was with Michael Klauber on a chamber trip to Chattanooga, Nashville, and Charleston to view their downtown/waterfront revitalization projects, when Klauber turned and asked him, “Why can’t we do something like this in Sarasota?” Thaxton told him we could, but it would take time, energy and money to make it happen.

That was the genesis of the project, Thaxton said, adding that it is his passion for open spaces, public lands and wildlife that kept him involved over the years. “Either we were going to have an open park, free to the public, for all ages and ethnicities, otherwise it would not work. Those were the commitments we made, and those were the commitments that we kept,” Thaxton said.

“I have been especially pleased with the steps The Bay has taken to diminish the flow of nutrients into Sarasota Bay through its nutrient trench, bioswales and other methods,” Thaxton said. “If you want to see the return of a healthy Sarasota Bay that is thick with mullet and redfish, you have to have water quality, that mangrove fringe, and that spartina marsh. You have to have the right seagrasses. You have to have the protection of oak trees and red cedars. And you have to get the nutrients and pollutants out of our waters. That’s what makes the 53 acres of The Bay so exciting to someone who has spent a lifetime working on these issues,” he said.

It is a matter of understanding how everything is interconnected in nature’s world, Thaxton explained. “A shoreline habitat provides food and cover for so many vertebrates. Birds have a safe place to bring their newly hatched young, to teach them how to feed. At one point in their lives, wading birds such as the Reddish Egret need the long, shallow sand flats. They also need the spartina marshes to provide cover for the young birds. And they need the mangroves for roosting areas and for breeding. And they need the smaller crustaceans for food. So, all of these habitats are crucial for survival,” Thaxton said. “Tarpon, the most prized game fish in Florida, must have brackish water blackwater streams, and clean and open inlets to get to and from the Gulf of Mexico and they must have mangrove roots for shelter. All of these ecosystems are critical. Take one out, destroy one, and the entire chain is disrupted and a species disappears.

That’s why what we are doing at The Bay is so critically important,” Thaxton said. “We will never have another opportunity for such a high-profile education site. Thousands of people will have access to The Bay every year, where they will be able to see for themselves the difference these improvements are making. And that is how change ultimately happens,” he said.

Continue Reading
You may also like...
Related Topics:Featured, Sustainability