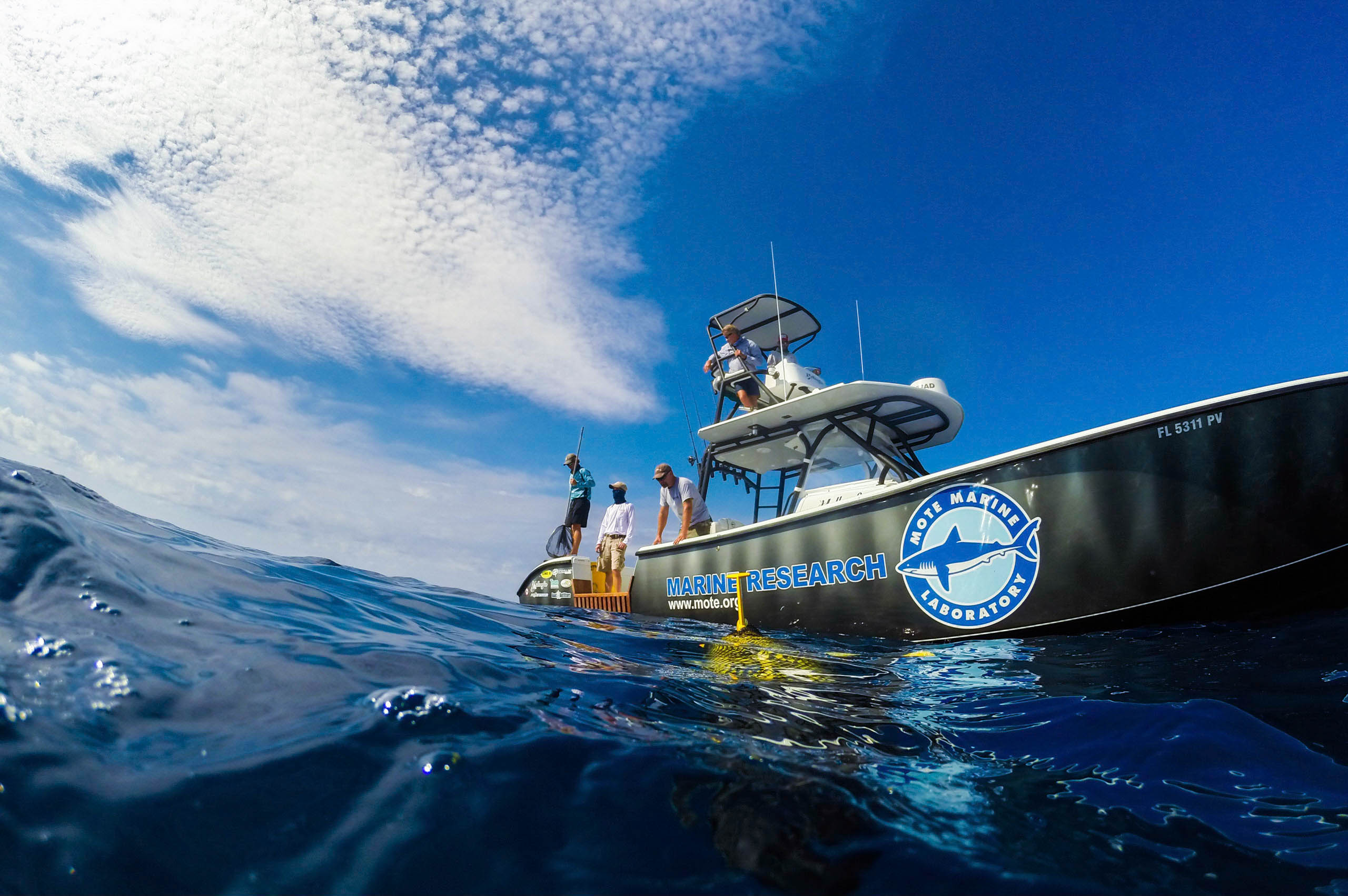 The Bay and Mote Marine Laboratory: A Purposeful Partnership

A collaboration between The Bay, Sarasota’s 53-acre bayfront park, and Mote Marine Laboratory & Aquarium, has turned into a purposeful partnership that will have long-term benefits for both organizations.

It all began last spring, when The Bay’s environmental working group felt it was important that they measure the key indicators of water quality, along with other biological factors, in order to measure the effectiveness of the improvements that The Bay was making to its mangrove bayou, and half-mile of shoreline.

“There was simply no one better than Mote Marine Laboratory to help us do those evaluations,” said Bill Waddill, The Bay’s Chief Implementation Officer. “They bring to the table some of the top expertise in the United States, and the world, on all things related to our bays, seas, oceans and corals.”

“We started talking about how we could work together last spring, and submitted a proposal to them in May,” said Dr. Emily Hall, staff scientist and program manager for Mote’s Ocean Acidification and Chemical & Physical Ecology research programs. The arrangement includes Mote conducting surveys on water-quality impact, impacts on the sediment, and also the fisheries in the wetland area. Mote is conducting surveys on each of those, and then providing The Bay with detailed quarterly reports on any changes to the local environment.

“It is very important for The Bay to be able to show where things were before they started, how things progressed as they were making the changes, and then to continue to evaluate the impacts once the project is complete,” Hall said. “That way you have a complete picture of the effect the project has had on Sarasota Bay and the immediate environment.”

The Bay is implementing a number of water-quality treatment tools along its Mangrove Walk, including bioswales, a nutrient barrier (a five-foot by five-foot trench buried underground at the groundwater level, filled with carbon and mulch), stormwater marshes and the no-mow zone along the bayou’s edge.

“As we get these reports from Mote,” Waddill said, “we will be able to judge the effectiveness of all of these different tools we are using,” Waddill said.

Mote was already under contract – and had been for years – with Sarasota County to do regular water quality sampling in Sarasota Bay. Thus, it was relatively easy for them to be able to include some additional water samples along The Bay’s shoreline and up into the mangrove bayou.

“A lot of nutrients, especially things like phosphorous, can get caught up in the sediment. But as The Bay dredges the area, making the water flow better, it could really help clean up the area,” Hall said. “That is why we are monitoring both the water and the sediment, looking for those changes.”

Though Hall added that it is a relatively small system, the changes potentially could be pretty big. “Any improvement, no matter how small, will be a big improvement for Sarasota Bay,” she said.

The Mangrove Walk, a 10-foot-wide rubberized sidewalk that will circumnavigate the mangrove area, is expected to open after the first of the year. The $4.5 million part of the project will include all of these water-quality improvements that The Bay is making, some new landscaping, seating and lighting. It covers about a half mile extending from Boulevard of the Arts, around the mangrove area, and along the bayfront, running past the Van Wezel and up to the boat ramp.

That walkway will mark The Bay’s first rollout.

Waddill explained that they have then broken the $25 million Phase 1 into two parts – the part that is on land, and the part that extends out over the water. “We will be breaking ground on the land part of the project after the first of the year, just as the Mangrove Walk is being completed,” Waddill said, adding that it should be completed by the end of 2021. “When we open the upland part of the park a year from now, we will have concessions, restrooms and lawns for visitors to enjoy,” Waddill added.

The part over the water, including the Sunset Boardwalk, will follow, and should be completed by end of year, 2022.

“Mote is an institution that cares about and has been working to improve the quality of the Bay for some time now, and we have a long history of research in Sarasota Bay. So, from the beginning, there was a real synergy between the goals of our two organizations,” Hall said.

“When you clean up your local environment, doing things that create a healthier ecosystem, that helps when facing bigger environmental issues, such as climate change, sea-level rise and ocean acidification. If you have a healthier back yard – in our case, Sarasota Bay and its shoreline – those global issues can become easier to manage on a local level,” Hall said. “All of these changes The Bay is making will hopefully spark a revolution of similar changes that eventually will have a big effect. We, at Mote, are proud to be part of the process and can’t wait to see what happens.”

Phase 1: September 2020 Update
The Bay: Accessible to One and All