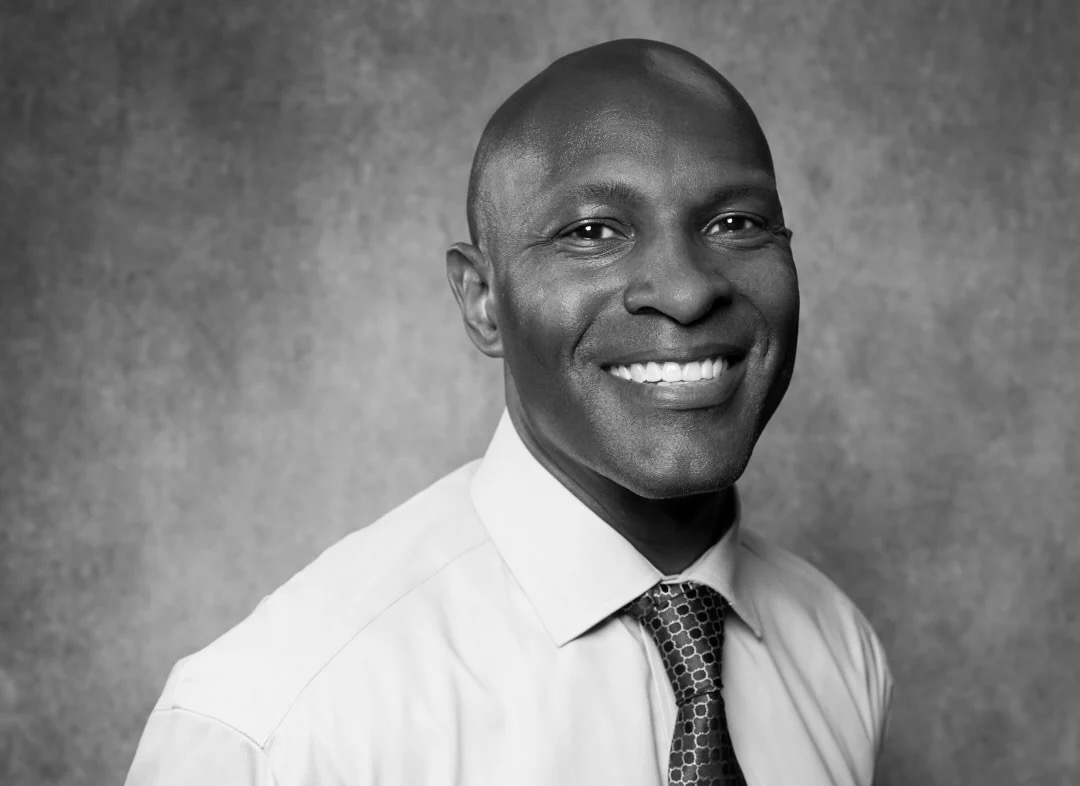 This article is part of the series Listening to Diverse Voices, proudly presented by Gulf Coast Community Foundation. Written by Heather Dunhill at Sarasota Magazine.

“As a nation, we have become so polarized that it seems the goal is to make others wrong instead of realizing what’s right. We need common voices right now.”

In the 1950s, attorney E. Keith DuBose’s family relocated to Sarasota from Enterprise, Alabama. A product of Sarasota County Schools, DuBose graduated from Duke University and received his J.D. from the University of Florida. He began his career in law in the mailroom at Eastmoore, Crauwels and DuBose in downtown Sarasota; now he’s a shareholder at the firm, the only place he’s ever worked.

An active member of the local community, DuBose champions programs for youth through his involvement with nonprofits such as Booker High School’s Law Academy, the Paddock Foundation and the Selby Foundation. He’s also a member of the Omega Psi Phi Fraternity and the NAACP, a board member of The Bay Park Conservancy, and was the first Black president of the Sarasota Bar Association. He has two children.

“Before I went to college, I was not aware of all that was going on between the Black and white community. My parents preached the importance of education, and I was always involved in athletics. Between the two, I was either doing homework, on a field, or with my mom driving from one practice to another. So I didn’t see any racial issues prior to returning from college one summer.”

What happened that summer?

“I was home on break from my third year of law school. I went to look for jewelry, for a young lady that I was dating at the time, at a jewelry shop in The Landings. I was in casual clothes and wasn’t asked if I needed help while looking around. I left 10-15 minutes later.

“As I exited, a police officer arrived in a car with lights flashing. He approached me and asked what was I doing in the shop. He wanted to know if I had any money and other uncomfortable, demeaning questions. This threw me off and I went into panic mode. Not knowing what to do, I remember vividly calling my dad, at the point of tears. He calmed me down, told me to show my license and be respectful.

“Afterward, I was angry with myself because as a student of the law, I knew my rights. I couldn’t be articulate because, while I was being profiled, I felt emasculated, frightened, scared and embarrassed. That’s when I began to see things in a different way here.”

As lawyer, you’re often asked to speak to Black professionals who are being recruited to the area. What do you say?

“I have wonderful things to say about Sarasota. from the beaches to art to theater. However, if I’m talking to a single Black person, I’m honest and tell them that they will have a more productive social life in Tampa or St. Pete.

“In my professional experience, younger Black lawyers are still not treated like their white colleagues because they don’t look like the client base. It has gotten better; however, there are still not enough professional groups for young Black professionals to network.

“There have been times, while walking to lunch down Main Street, when I see another Black professional in a suit, so I cross the street to introduce myself. I almost want to hug them.

“This is one of the reasons that I work with the Booker High School Law Academy and a program through the Sarasota Bar Association to create a pipeline to attract Black lawyers to the area. One of the ways that we do this is to expose students to law firms, events, and take them for tours of the city.

“We also realize that college isn’t for everyone, so we encourage students to learn a trade. Sarasota is a great place, but we need more Black, brown, Asian and people of all colors to represent the diverse community here.”

Justice Thurgood Marshall said, “None of us got where we are solely by pulling ourselves up by our bootstraps. We got here because somebody—a parent, a teacher, an Ivy League crony or a few nuns—bent down and helped us pick up our boots.”  Who comes to mind for you?

“I am blessed to have been born to my parents—I owe my success, in large part, to them. They were tremendous influencers on my life. They made sacrifices to be sure their children had what we needed to succeed.

“My mother worked at the Town and Country store in downtown Sarasota until it closed, then she cleaned houses. My father was a realtor and entrepreneur. Neither of them ever had a problem with hard, honest work. They never believed in fast money or shortcuts.

“When I was 13, my mom worked for several ladies who lived in Harbor Acres, so sometimes I would mow their yards for extra spending money. One of the ladies, Mrs. Harris, was a friend of Lamar Matthews with Matthews, Hutton and Eastmoore. At the time, I was getting ready to go to law school, so my mother and Mrs. Harris arranged for a conversation between [Lamar and me].

“There wasn’t much Mr. Matthews could do for me at that point, but he offered me work in the mailroom during the summer for me to get exposure to a firm. I took him up on it. Every year, I had a summer internship there while other students scrambled to find theirs. Little by little, I did and learned more each year. And before my third year of law school, I was offered a job.

“This is all thanks to my mom, who knew nothing about law but everything about relationships. She put me in a position to develop an important connection with the law firm in which I am a shareholder today.”

What advice do you give to your Black clients?

“Race does become part of my conversation when talking with Black clients. Not necessarily because of racism; instead, it’s more because of the lack of Black jurors who will be able to relate to my Black clients.

“In those conversations, I have to let Black clients know that if we go to trial, they will most likely not have people on the jury who look like them, especially in Sarasota and Manatee. I feel obligated to talk with them about things like this because it can ultimately have an impact on the outcome of their case.”

President Biden has said he will appoint a Black woman to the Supreme Court to replace retiring Justice Stephen Breyer. What does that mean to you?

“Having a Black woman as a Supreme Court Justice will be historic, but more importantly, it provides the highest court in the land with a perspective that has never been available. Given the issues that are affecting women, and especially Black women and other women of color, having the perspective of a Black woman will be invaluable.

“No longer will conversations need to take place between Justices who are not informed or who have not lived the Black experience. Both liberals and conservatives will have the benefit of truly understanding how legal issues affect Black women.

“Having this perspective is also extremely important, because it will also give the highest court in the land input on how the Black family as a whole is impacted, especially given the role Black women play in Black homes.”

What would you like your white friends or acquaintances to be doing right now?

“As a father of a young Black son and daughter, I’m constantly worried. After George Floyd’s murder, my partners, who I’ve known for some time, asked how they could help. I explained the gravity of the reality of my life—that when I take off my shirt and tie, I’m just Black and my son is just another Black kid.

“So I asked them to share my story—that the Black experience is not a dramatization—and to gain awareness of what our culture has to go through so they can talk about it and be sensitive to it.

“As a nation, we have become so polarized that it seems the goal is to make others wrong instead of realizing what’s right. We need common voices right now. Let’s work together to create alliances to solve this problem together.”

Listening to Black Voices is a series created by Heather Dunhill

WBTT to present free performance of ‘Jazzlinks’ at The Bay
Bay Sarasota, Quay Sarasota construction projects rolling along in 2022