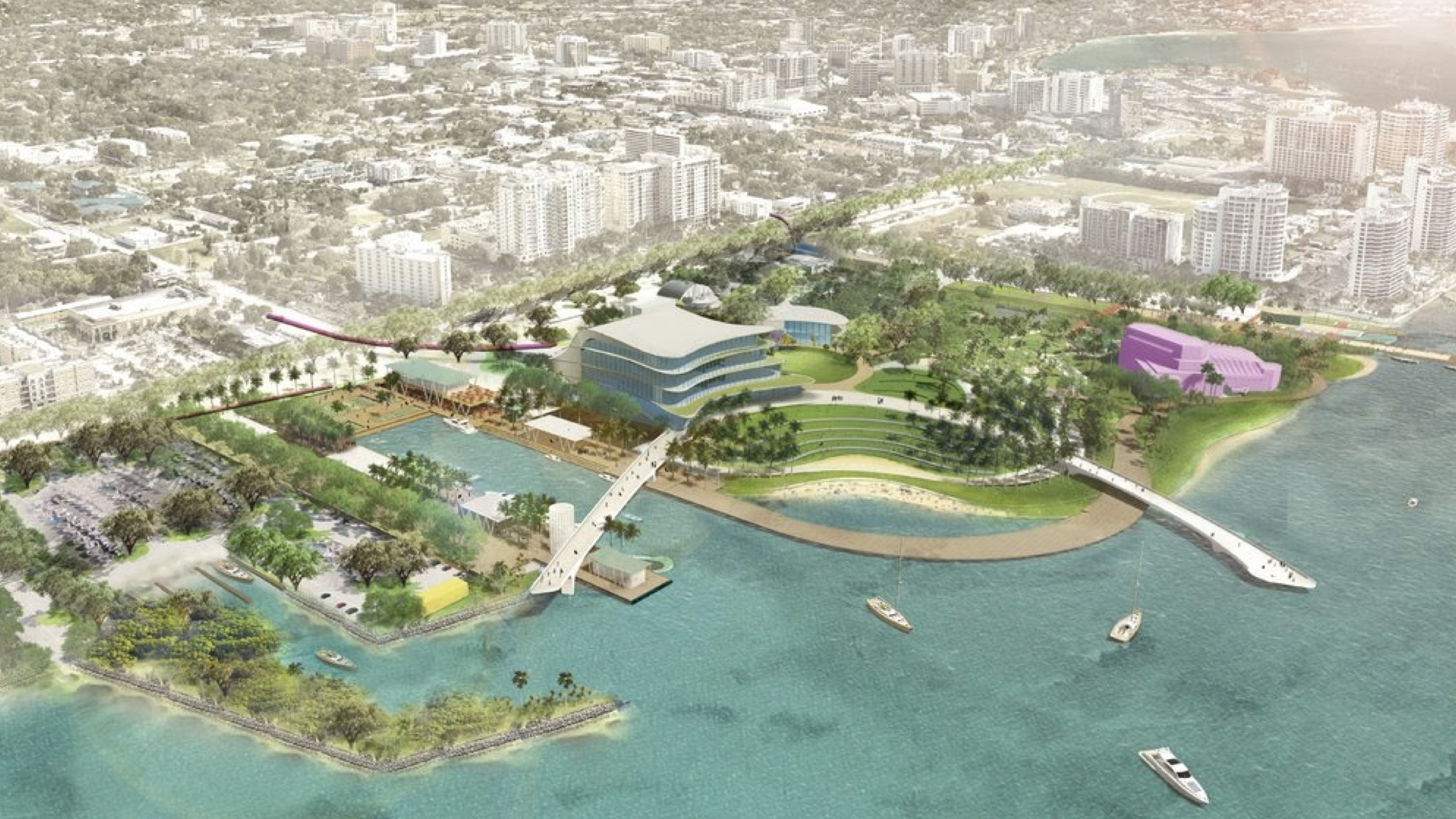 The original article by David Conway appeared in the Observer on November 4, 2020

Local governments are working together to funnel an estimated $189 million in property tax revenue toward a bayfront park and performance venue.

This week, the Sarasota City Commission and County Commission both voted to finalize a funding agreement that could direct nearly $190 million in tax revenue toward the redevelopment of the downtown bayfront and the construction of a new performing arts center.

The City Commission voted unanimously Monday to approve an interlocal agreement to create a tax increment financing district for The Bay Sarasota project, an initiative to revitalize more than 50 acres of city-owned bayfront land as a central public park. The County Commission followed suit on Wednesday, voting 3-2 to give final authorization to the creation of the funding model.

The TIF district will capture 95% of any increases in city and county property tax revenue within the district’s boundaries above the amount generated in 2019. That money will be allocated for capital improvements associated with The Bay project, including the planned creation of a venue to replace the Van Wezel Performing Arts Hall.

According to county documents, the TIF district is expected to generate $189 million over its 30-year lifespan. Although some city officials had questions about specific language in the agreement and two county commissioners declined to support the proposal, the majority of both boards were enthusiastic about working together to support the construction of what they anticipate will be a major amenity.

“This will take us to a new level for our whole community, for our region,” County Commissioner Charles Hines said.

To implement a master plan the commission adopted in 2018, the city is working in partnership with The Bay Park Conservancy, a private group formed to oversee the development and management of the public park. The Bay estimates the park project will cost between $100 million and $150 million to construct over the next 10 to 20 years, depending on funding availability. The Van Wezel Foundation estimates the performing arts center will cost between $250 million and $275 million. Both projects plan to use a combination of public and private money.