What’s the story at the Municipal Auditorium? - The Bay Sarasota 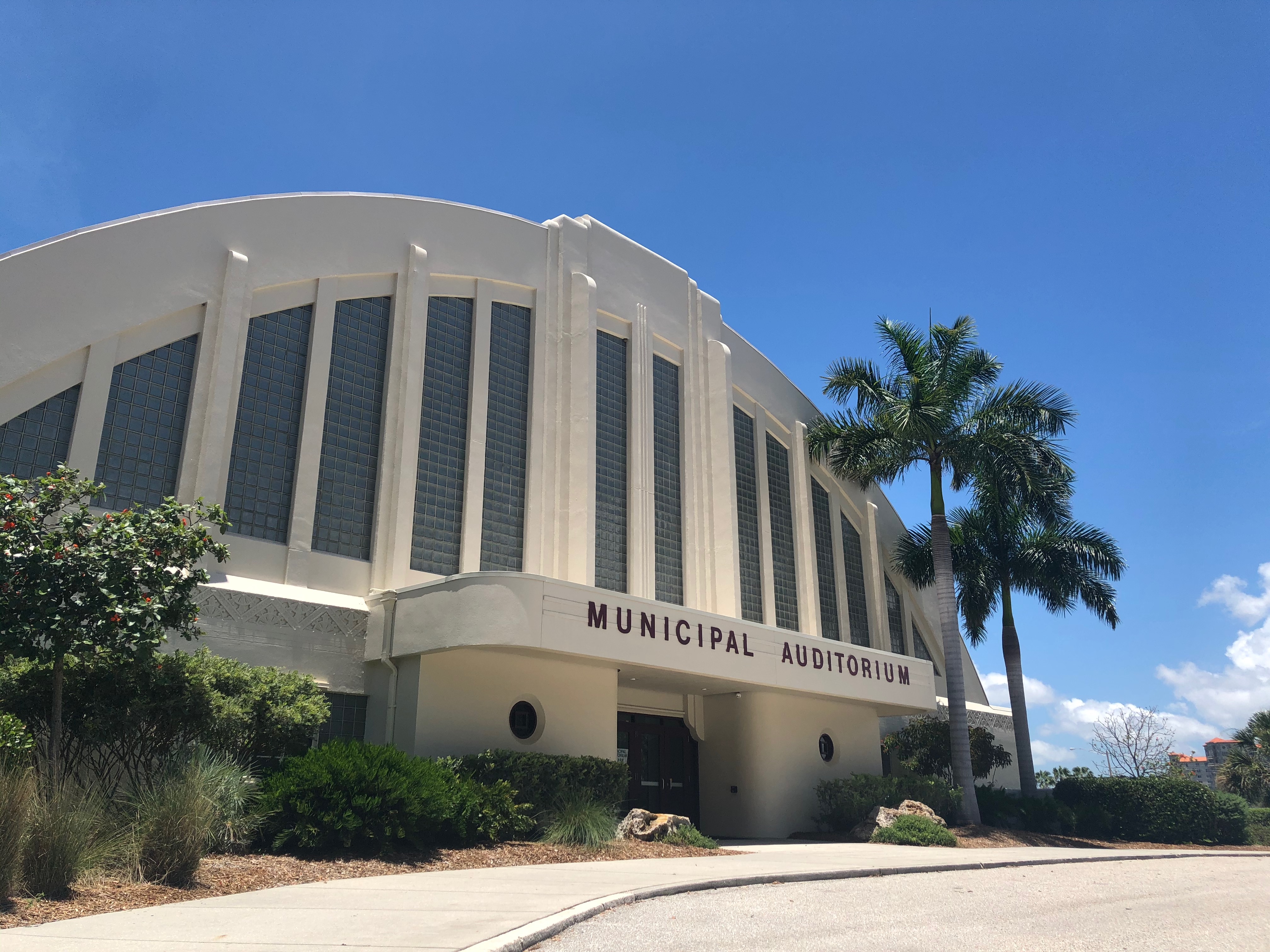 The Bay’s followers are asking… What’s the story with the Municipal Auditorium?

When the City Commission approved agreements to enable The Bay Park Conservancy (BPC) to manage and operate the new Bay Park, the City also asked the BPC to recommend how to program and manage the Municipal Auditorium (MA).

The BPC agreed to propose a plan for the MA after the development schedule and grand opening plan were set for Phase 1 of The Bay Park.

Soon after we announced Phase 1 would be ready for the public, and that our 10-day Grand Opening would take place in mid-October, we submitted our MA plan to the City.

It’s a plan we’ve been working on for weeks – one that includes input from the community, from current and prospective MA users, from City staff who currently manage and operate the facility, from park guests, and from many other stakeholders.

The BPC programming plan for the MA is inclusive. It welcomes all community and special event users of the flexible, multi-use, one-of-a-kind historic building to continue to use the MA.

Proceeds from these rentals/special events, together with a generous grant from the Community Foundation of Sarasota County and contributions from local businesses, would enable the MA to be used at least half the time (when it’s not rented out) for park activities, events, and programs that are free and appeal to diverse interests of the larger community – whether those interests include health and fitness, arts and culture, nature and discovery.

All programs are designed to put the MA to best use for the benefit of the broader community and park guests.

The Future of the Municipal Auditorium

At the City Commission meeting on Monday, October 3, there will be a discussion on the future of the Municipal Auditorium – including the BPC’s proposal, and a different proposal from The Players who are searching for an affordable venue to consolidate their offices, theater, and overall operations.

The Players have proposed a long-term lease of the MA for $100/year. Their proposal converts the MA into a theatre and reserves eight months of the year for paid admission for performances.

We at BPC have always supported The Players and encouraged them to perform at the MA. In fact, they had booked three performances for the first half of 2023 and then unexpectedly withdrew their reservations.

We do not think converting this unique, multipurpose facility into a theater is the best use of the venue, or in the best interest of park guests or the broader community – those that use the Municipal Auditorium for many other purposes beyond a theater.

Moreover, while current and prospective MA users and park guests have few/no other options for their activities, events, and programs, The Players do.

They could continue to perform at their current theatre at The Crossings at Siesta Key mall; they could accept the City’s generous offer to convert the Payne Park Auditorium into a full-time, year-round Players theater. Payne Park Auditorium enjoys a central City location, has a serviceable stage, plenty of patron seating, ample parking, and could be converted into a full-time theater much more easily, for far less capital, and operate with likely lower going costs.

We trust the City Commissioners will continue to honor their agreement and commitments to their long-term partner at The Bay Park Conservancy, and more importantly, their commitments to the broad Sarasota community, whose initiative nine years ago created the possibility of a public park on Sarasota Bay and whose investments, now more than $42 million (90% from private and philanthropic sources), have made Phase 1 and the 10-day opening possible.

If the City and County Commissions approve the Bay Park Improvement Board’s unanimous recommendation to proceed with Phase 2, then our Sarasota community will invest another $65 million in their park.

While this discussion continues…please stay safe with the first storm of the season approaching, and take a moment to sign up for one or more of the 90+ events available during 10 Days at The Bay.

During those ten days, here are a few highlights that are taking place at the MA –  get active with Best of CoreSRQ (YMCA) fitness classes, taking place as part of our family-centric Have a Ball at The Bay Day, celebrate Halloween with Boo! at the Bay and a free family showing of Hocus Pocus, or gather together for Parktoberfest, The Bay‘s Octoberfest.

ALL of these events will be FREE and welcoming to everyone at the Municipal Auditorium at The Bay park.

We look forward to seeing you there.

Continue Reading
You may also like...
Related Topics:Ask The Bay, Featured, Timely Topics

More in Ask the Bay