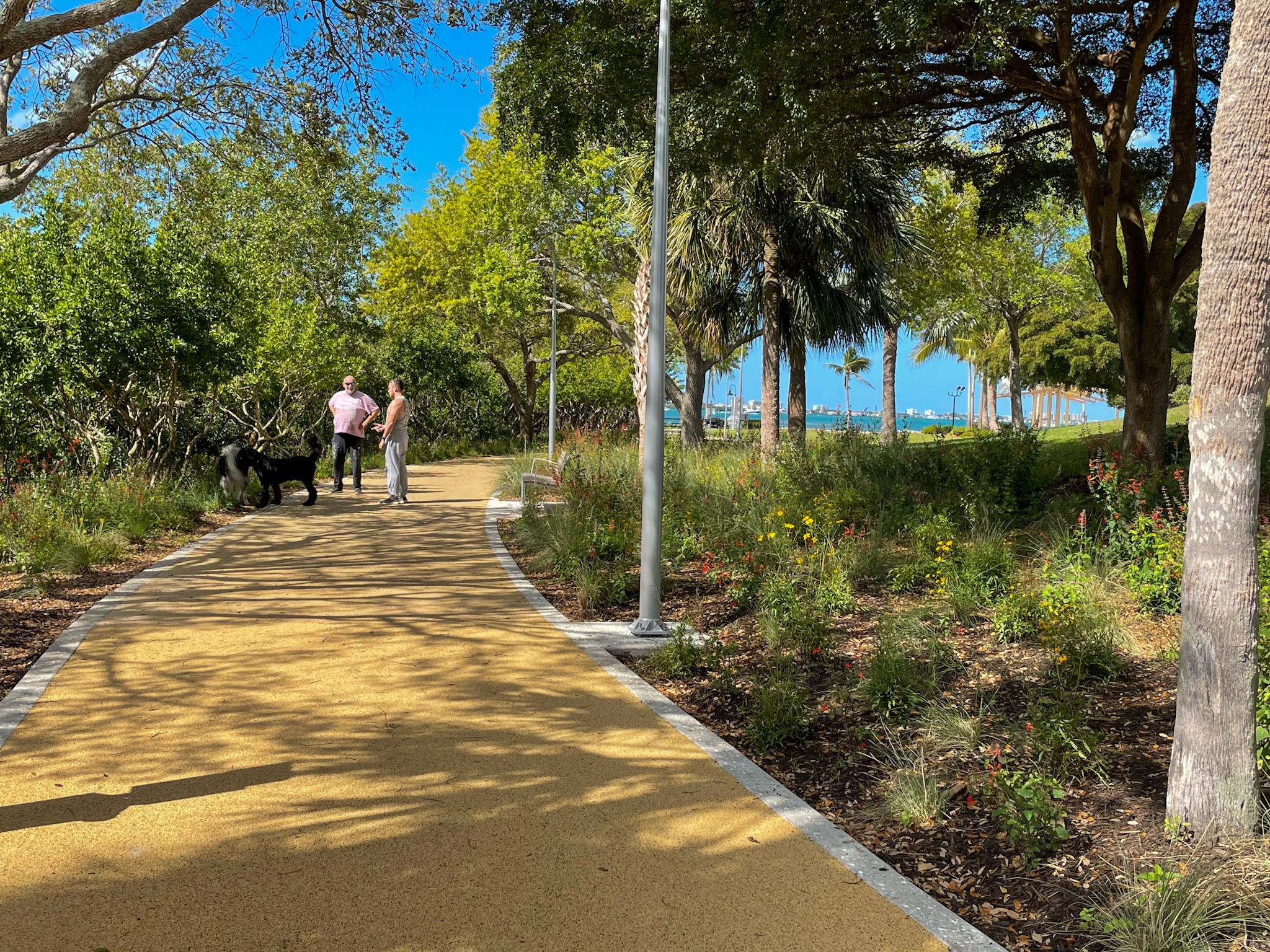 The Mangrove Walkway will officially open to public on April 10

SARASOTA, Fla. – March 25, 2021 – The Bay Park Conservancy (BPC), the non-profit organization responsible for overseeing the redevelopment of 53-acres of City-owned land along Sarasota Bay into a public park, celebrated the Mangrove Walkway with a small, private ribbon-cutting ceremony on March 25. The occasion was celebrated alongside friends, supporters and key stakeholders. The Mangrove Walkway will officially open for public access on April 10.

This celebration marks the walkway’s progress. The half-mile, 10-ft. wide sidewalk winds around the coastal wetlands in The Bay Park. The Mangrove Walkway originally broke ground in January of 2020 with the western portion opening to the public in October of 2020. Work will continue on other walkway features including the new kayak launch, dredged and restored bayou and enhanced bayou bridge with an expected completion of summer 2021.

Staying true to The Bay’s guiding principles and commitment to the environment, this development focuses on conserving and restoring the ecology of the Mangrove Bayou.

Enhancements include the removal of invasive plant species and the installation of more than two dozen different Florida-friendly plants and the addition of over 100 new trees. Other important enhancements include new stormwater treatment measures and new ADA accessible pathways.

“The Mangrove Walkway marks an exciting milestone in The Bay’s progress,” said AG Lafley, Founding CEO of The Bay Park Conservancy. “We’ve been dedicated to the conservation of public land, restoration of the bay, wetlands and green space.  The Mangrove Walkway upholds our guiding principles and furthers our journey to provide a blue and green oasis for future generations.”

“With the Mangrove Walkway complete, the Sarasota community and beyond will be able to enjoy this half-mile stretch for outdoor recreation with views of Sarasota Bay,” said Bill Waddill, Chief Implementation Officer for The Bay Park Conservancy. “We are excited to continue the progress and move forward on construction of the additional features of the Mangrove Walkway and Phase 1.”

The Mangrove Walkway, led by funding from Charles & Margery Barancik Foundation, is designed to be accessible to walkers, runners, bikers and more. Additional features of Phase 1 include the Sunset Boardwalk, The Lawns, the Living Shoreline and a concession area.