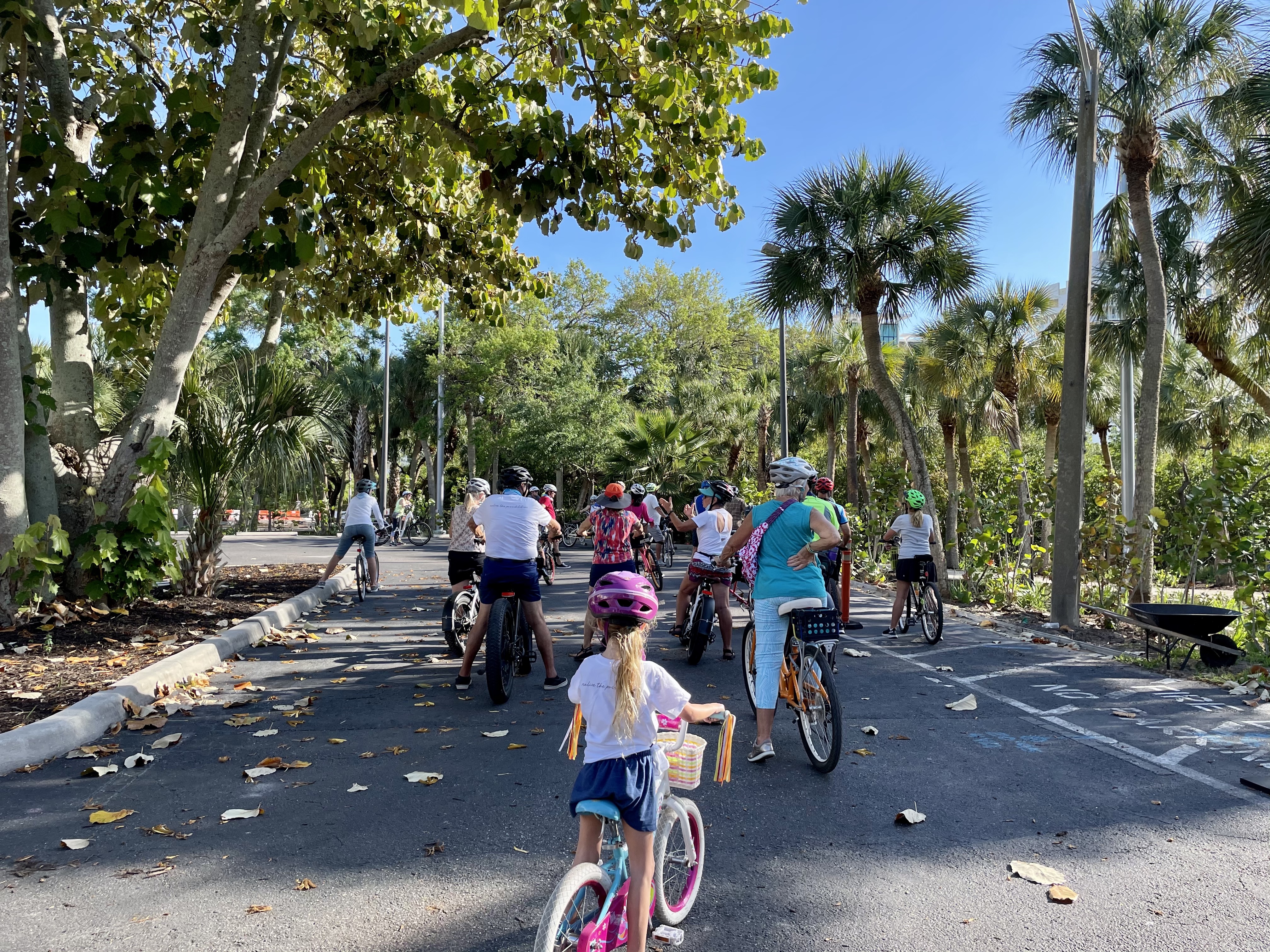 The original article by Harry Sawyer appeared in the Observer on March 28, 2021.

DreamLarge and The Bay Sarasota celebrated Florida Bike Month with a community bike ride around The Bay and downtown on March 27.

The BLVD Bike Rides event had several locals getting on electric bikes and going on a tour of the new Mangrove Walkway, the Rosemary District, downtown Sarasota and ending at the Overton.